This commencement address was given at the May 30, 2015 graduation ceremony at Brookewood, an independent Catholic school for girls in Kensington, Maryland.

Class of 2015, it’s a privilege and a pleasure to be here to help you celebrate your achievements and wish you well as you embark on your next adventures.

I’m going to dare to give you some advice for your future that’s out of step with the spirit of our age―but in step with the words of Pope Francis, who has said that “the feminine genius is needed in all expressions in the life of society.”

When my son played football in high school, his coach used to tell the guys on the team that there was nothing more important they could do in life than become great husbands and fathers. This always used to make me think that you could never get away with saying the equivalent thing to girls. If your field hockey coach was always saying that there was nothing more important in your future than being a good wife and mother, it would be a scandal. And yet―though I myself would not give precisely that advice to either boys or girls―it’s certainly no less true for young women than it is for young men that families are more important than careers. But it would be shocking to put it to girls quite that way. Now why is that?

It’s out of fear, I think―fear that as women we’ll be confined to the domestic sphere, locked out of opportunities in the wider world, limited by some kind of glass ceiling―because for so long women didn’t have the opportunities that are open to us today.

We twenty-first-century women have a lot to be grateful for. Women haven’t always been able to go to college and have careers―though sometimes that was for different reasons than we tend to assume.

The last woman I can think of in my family who never got a chance to go to college was a great-great-aunt of mine who―according to the family story―was actually on her way from Tunica, Mississippi, to Wellesley College in Massachusetts along with her grandmother in what must have been about 1910―a long and arduous journey in those days, mostly by train. They had gotten as far as Baltimore when they stopped so that the grandmother could see a doctor at Johns Hopkins about a little spot on her nose that was bothering her. When the doctor told the grandmother that the bump on her face was cancer, she was terrified, immediately had a heart attack, and died―leaving my great-great aunt, approximately age eighteen, with the problem of how to get her grandmother’s body a thousand miles back home for burial. She managed it, but she never got to Wellesley. My great-great-aunt, who lived into the 1980s, managed to handle a great many extraordinary challenges in the course of her long life―beginning with the fact that she was a posthumous baby, and for that reason had been named by her heartbroken widowed mother after her father, despite the fact that she was a girl! (We called her Biwie, short for her given name William.) Biwie herself was widowed relatively early in life, left to raise three children―and help take care of three more, her brother’s children, after his wife died―and to run a cotton plantation on her own. She served on the levee board, playing her part in the struggle to keep the mighty Mississippi River from rebelling against its chains and taking back the rich Delta farmland it had created in the first place. And she saw her only son leave home to serve in World War II. He was a lieutenant on one of those Higgins boats that took soldiers to the beaches on D-Day. And despite the enormous mortality rate of junior officers with that job, he came home safe―only to die young of leukemia after the war.

Family stories like my great-great-aunt’s remind us that women in the past―college-educated or not―did run businesses and serve in offices of public trust and responsibility, and that the most significant limitations on women’s lives have always been the ones we still face today: from the heartbreak of the human condition, from what Gerard Manley Hopkins calls “the blight man was born for,” from the fact that we are limited, mortal human beings―and so are the people we love.

It’s those limitations that make it crucial for us to spend our resources―our naturally scarce energy, and time, and commitment―on the things that really matter. You’re at a time in life when, for just a little while longer, it still may seem that you have too much time to fill, and no lack of energy, if only you could find the right thing to pour it into. But, believe me, your time and energy will not seem boundless for long. And what you spend them on in the next few years, what you give yourself to―by putting your limited time and energy into it―will become what your life is about. So choose wisely!

So what really matters most? What’s worthy of that gift of yourself?

Here’s where I want to turn to Jane Austen for the answer and the right advice for you.

Nobody can say that Jane Austen didn’t have an impressive career! Making it into the very top rank of great world literature beats anything on our resumes. But Jane Austen didn’t think about it that way. Here’s what she wrote to her brother Frank about being known as the author of Pride and Prejudice: “After all, what a trifle it is in all its Bearings, to the really important points of one’s existence even in this World!”

If being the author of one of the greatest novels ever penned is just “a trifle,” then what, in Jane Austen’s opinion, were the “the really important points of one’s existence?”

Well, with the phrase “even in this World,” she was gesturing at the most important thing, which is not in this world―the pearl of great price that it’s worth selling everything you have, so you can buy it.

That’s the most important point of our existence―our relationship to the God who made us, gave us everything we have, and left His throne in Heaven to offer Himself for our rescue, when we had made a mess of it all. Maybe someone in your class will go for that pearl of great price in a more or less direct way―becoming, say, a cloistered nun, leaving behind every other good, even family and friends, for a life of contemplative prayer. Or a theologian or pure research scientist who sequesters herself in a library or a research lab to contemplate the truths of God’s nature, or of His creation. But probably most of you, like most Christians―including Jane Austen herself―will be trying to make your way to Heaven the other way, through a life lived in the world.

So in your life in the world―which, in a certain sense, is commencing today―how do you decide on your priorities? Where can you bestow the gift of yourself, without waste and without regrets? The one word answer, I think, is love. For Jane Austen, the people she loved were certainly the most important thing in this world. What tips us off to her priorities is the way she fit her astonishing literary career into the interstices of a life devoted to her beloved family and friends. She managed to become one of the most accomplished writers in the English language, all the while living the life of a typical English spinster, making herself available to the people she loved.

Jane Austen put her relationships first. She did her writing in a room with a squeaky door, so she could put it away quickly and give all her attention to friends if they came to call. She was the aunt her nephews adored, the one her niece turned to for advice about whether to marry a man she was dubious about. Jane Austen wasn’t impatient with them if they interrupted her work, or prickly about her reputation as a novelist. She was not just kind about but deeply interested in their writing, which certainly wasn’t on a level with her own. And also, in becoming a novelist Jane Austen picked a career―as it were―that, like a lot of traditionally female careers, played to her deepest interest―which was other human beings.

So here’s my revised and updated version of that football coach’s advice: What will matter most in your life is the people you love and give yourselves to, not the possessions, achievements, status, and accomplishments you collect. Those people may be the man you love and marry and the children you raise with him. They may be your patients, if you become a doctor. Or your readers, if you’re a novelist. Or your students, if you’re a teacher. But in any path in life that’s worthy of you, your life will be a gift, back to God and to what Jane Austen calls your “fellow creatures.”

So how does that translate into practical advice for you in this next stage of your life? As you leave home and head off to college, I hope you’ll put a lot of deliberate care into making friends and being a good friend, and that you’ll also be careful, and smart, and have integrity when you’re dealing with guys, remembering that getting your relationships right―your “relationships,” but also your friendships and the way you treat your family―is at least as important as doing well in school. And I hope you’ll see the education and training you’re undertaking less as something you’re acquiring, and more as something that you’re pouring yourself into―a way of preparing to spend your life, the only life you have, on the only things that matter.

Charles Ryder in Brideshead Revisited says that “to know and love one other human being is the root of all wisdom.” Building your life on love can seem foolhardy. It puts your happiness out of your own control. It means giving “hostages to fortune” as the calculating Sir Francis Bacon warned. That’s why it’s so tempting to compartmentalize, to put all your serious efforts and your hopes for future happiness into the things that you have more control over―school and career and achievements―and to make what back in the 1970s we started calling your “love life” into a side hobby or a recreation that you keep from ever being important enough to really hurt you. Because love gone wrong can break your heart and ruin your life. Jane Austen knew that. But she had a different solution for that problem. Don’t give up on love because it’s so painful when it goes wrong. Instead, get love right. Easier said than done! But if, like Dante, you make the decision to let your will and your deepest desires to be caught up in the motion of “the love that moves the sun and the other stars,” your life will be something great.

God bless you all.

Elizabeth Kantor is the author of The Jane Austen Guide to Happily Ever After and The Politically Incorrect Guide to English and American Literature. 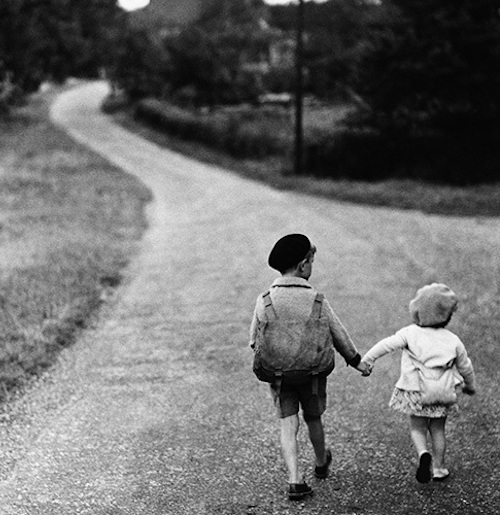