In asking about how human beings should relate to the material world, Christians today must reckon with the problems posed by the rise of global capitalism. Are we for or against “consumerism,” “globalization,” and the “free market”? Are these social realities—and, indeed, the phrases themselves—superficial or meaningful, malicious or benign? William Cavanaugh’s brief but effective Being Consumed: Economics and Christian Desire deals with these questions by challenging the prevailing assumptions of contemporary economics, as instantiated in our everyday lives. It should be of interest to Christian economists and businessmen, as well as theologians and non-specialists, since Cavanaugh, a professor in Catholic Studies at DePaul University, skillfully interweaves lucid theology, popular economics, and anecdotal journalism. But those in search of large-scale, fast-acting political solutions to today’s economic ills will find none here. Hoping his book will contribute “to a kind of theological microeconomics” (viii), Cavanaugh thus indicates his preference for local Christian charity over large-scale enterprise. Each of the book’s four chapters presents a key presupposition of consumer culture; unveils its ethical implications; subjects it to theological critique; and then proposes alternative Christian attitudes and practices.

Chapter 1, titled “Freedom and Unfreedom,” challenges “free market” ideology by asking about the meaning of freedom. In other words, when is a market truly free? Prominent defenders of the “free market” like Nobel laureate Milton Friedman define freedom in purely negative fashion, that is, as the individual’s freedom from outside forces: “All that matters for a market to be free is that individuals have real wants and can pursue them without the interference of others, especially the state” (7). This typical approach remains agnostic about disparities in power and abstracts from the prospect of a shared social end or common good. Yet by reference to statistics, business literature, and advertising trends, Cavanaugh shows how this ideal of unconstrained choice goes hand-in-hand with the dominance of impersonal forces like mass advertising, which attempts to manipulate undirected and unconstrained consumer desire. Additionally, managers feel compelled to maximize the disparity between employer and employee for the sake of higher profit: “it is assumed that the consumer will want to maximize his or her own power at the expense of the laborer, and the manager does not feel free to resist this logic” (22). Appealing to St. Augustine, Cavanaugh thus shows how the putative “freedom” of consumerism and free market ideology is more akin to “the tyranny of our own wills” (11). Because authentic human freedom is directed to communion with God, as its ultimate end, it requires “a community of virtue,” which teaches us how to “desire rightly” (9). Accordingly, authentically free markets and good business practices will promote the common good by sanctioning the just distribution of property, to the mutual benefit of employer and employee, buyer and seller. Cavanaugh cites real examples of small businesses that successfully follow such practices, yet he believes “it would be counterproductive to expect the state to impose such a direction on economic activity” (32).

Chapter 2, titled “Detachment and Attachment,” rethinks the cliché that consumer culture is characterized by “inordinate attachment to money and things” (34). More precisely, it is characterized by a restless detachment from material things, none of which satisfies us. While Christianity espouses detachment from material things for the sake of attachment to Christ and to other persons, global consumerism espouses detachment from material reality for the sake of more and more consumption. The General Motors people have called this “the organized creation of dissatisfaction” (46). Separate from concrete production, most consumers are unfamiliar with how products are made and who made them—which Cavanaugh correlates with job dissatisfaction and a fleeting emotional relation to products, driven by advertising, rather than by product quality or trust between buyer and seller. The worst result is injustice for hidden sweatshop workers, to whom the transcendent corporation pays as little as possible: “We shop; they drop” (41). Based on his view of Eucharistic consumption—whereby each person receives a unique share in the body of Christ—Cavanaugh recommends practices that affirm personal dignity: making things ourselves to gain an appreciation for human labor; donating time and money to those in need; using community-oriented banks; buying local or “fair trade” products. Cavanaugh fails to explore noteworthy objections in this chapter: e.g., can large families typically afford his recommended practices? Are sweatshop jobs better than no jobs at all in the poorest regions?

While covering the same cultural problems, Chapter 3, titled “The Global and the Local,” includes the book’s fullest theological critique. It treats the relation of the global and the local as a variation on the classical metaphysical problem of how the universal relates to the particular. In global consumerism, “universalization and fragmentation are two sides of the same coin” (61), for a homogenized economic system produces a plethora of superficial differences, void of meaningful unity. McDonald’s can be seen as the great symbol of this consumerist metaphysics: always trying to give the appearance of novelty by changing sizes or sauces, yet remaining the same mediocre hamburger everywhere. Cavanaugh insightfully connects this global consumerism to both “multiculturalism”—which “subjects every culture to the withering hegemony of cultural relativism and individual choice” (68)—and to postmodernism, for which only “the surface image counts” (69). As a Christian alternative, Cavanaugh presents Hans Urs von Balthasar’s notion that Jesus Christ is the “Concrete Universal”: the Triune God embraces the particularities of human history, including each person, in and through Christ’s concrete human nature. Based on Balthasar’s claim that Christ calls each person to a unique participation in his salvific mission, Cavanaugh argues, “The Christian is called not to replace one universal system with another, but to attempt to ‘realize’ the universal body of Christ in every particular exchange” (88). No doubt this is basically right. Still, Cavanaugh might have paid attention to Balthasar’s claim that God’s tri-personal Spirit is present in objective institutions, including the sacrament of marriage (see Balthasar’s essay “Spirit and Institution”). Perhaps just political and economic institutions can make mutual love intrinsic to economic exchanges, thus easing the burden of constant individual responsibility—just as the sacramental institution of marriage makes mutual love intrinsic to the interactions between husband and wife.

Chapter 4, titled “Scarcity and Abundance,” challenges the conventional view that free-market trade is based on a scarcity of resources: I give up something in order to get something else. Examining the classical economics of Adam Smith, Cavanaugh shows how this view “implies that goods are not held in common” and that consumption “is essentially a private experience” (91). Against Smith’s central claim that trade motivated by self-interest will produce excess wealth to the benefit of all, Cavanaugh describes, in compellingly concrete terms, what this view actually amounts to: “The consumer’s low, low prices at Wal-Mart means low, low wages for the people in Asia who make the products we buy” (94). By contrast, the 700 businesses under the umbrella of The Economy of Communion Project, founded by the Focolare movement in the Catholic Church, give part of their profits to the poor in their midst, while viewing these recipients as active participants who can help the business in turn. Such mutual giving, which establishes economic communion, emerges out of the abundance of God’s self-giving to us.

Eight years after this book’s publication, its illuminating theological critique of global consumerism remains more relevant than ever, even as its “small-is-beautiful” approach has become more commonplace where disillusionment has set in. A general tendency of this approach, to which Cavanaugh succumbs, is to eschew any explicit hope for large-scale institutional change and, indeed, to imply that large institutions are the very problem. Often connected to such a bias against large institutions is an anti-family tendency, including an emphasis on individualistic minimalism over against the gratuity of shared being. To his credit, Cavanaugh’s Eucharist-centered vision does not succumb to these latter tendencies. Still, a more ample approach would include a robust political philosophy, one willing to envision what just political institutions should look like. When describing Christian charity, Cavanaugh opposes it to political justice: “there is no priority of justice to charity here, no prior sorting out of who deserves what before benevolence can take place” (96). But in fact charity presupposes and perfects natural justice. As Pope Benedict XVI explains in his encyclicals Deus Caritas Est (esp. par. 26‒9) and Caritas in Veritate (esp. par. 34‒42), the agency of a just political state and mutual charity at the personal level are both necessary for the common good of society. In spite of this subtle imbalance, Cavanaugh should be commended. Showing how consumer culture is generated by our disordered desires, amounting to nothing, he also points beyond them to the fulfilling reality of embodied communion.

John Laracy is a PhD candidate at the John Paul II Institute, who is currently writing a dissertation on Hans Urs von Balthasar’s understanding of the Holy Trinity as an event of love. 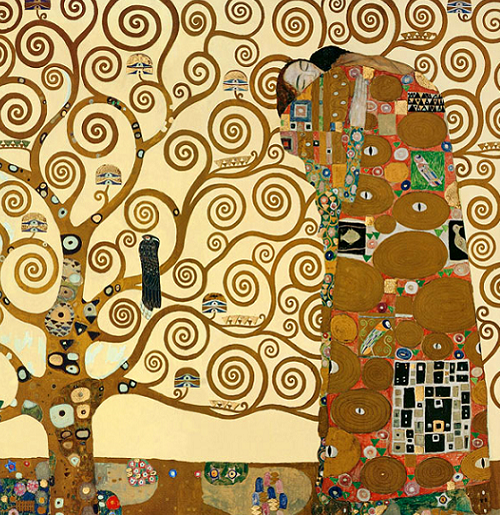