This is an excerpt from John Paul II's Theology of the Body catecheses, copyright © 1986, 2006 Libreria Editrice Vaticana, 00120 Citta del Vaticano, for the original texts of John Paul II and the then-Cardinal Karol Wojtyła. The texts may be found on the Vatican website: www.vatican.va. Edition copyright © 2006, 1997, Daughters of St. Paul.

In this way, then, these two expressions, that is, the adjective “alone” and the noun “help,” seem truly to be the key for understanding the essence of the gift on the level of man, as the existential content inscribed in the truth of the “image of God.” In fact, the gift reveals, so to speak, a particular characteristic of personal existence, or even of the very essence of the person. When God-Yahweh says, “It is not good that the man should be alone” (Gen 2:18), he affirms that, “alone,” the man does not completely realize this essence. He realizes it only by existing “with someone”—and, put even more deeply and completely, by existing “for someone.” This norm of existing as a person is demonstrated in Genesis as a characteristic of creation precisely by the meaning of these two words, “alone” and “help.” They point out how fundamental and constitutive the relationship and the communion of persons is for man. Communion of persons means living in a reciprocal “for,” in a relationship of reciprocal gift. And this relationship is precisely the fulfillment of “man’s” original solitude.

In its origin, such a fulfillment is beatifying. Undoubtedly, it is implicit in man’s original solitude, and precisely constitutes the happiness that belongs to the mystery of creation made by love, that is, it belongs to the very essence of creative giving. When the “male” man, awakened from his Genesis sleep, says “This time she is flesh from my flesh and bone from my bones” (Gen 2:23), these words in some way express the subjectively beatifying beginning of man’s existence in the world. Inasmuch as this [expression of joy] was verified at the “beginning,” it confirms the process of man’s individuation in the world, and is born, so to speak, from the very depth of his human solitude, which he lives as a person in the face of all other creatures and all living beings (animalia). This “beginning,” too, belongs thus to an adequate anthropology and can always be verified based on that anthropology. This purely anthropological verification brings us, at the same time, to the topic of the “person” and to the topic of “body/sex.”

This simultaneity is essential. In fact, if we dealt with sex without the person, this would destroy the whole adequacy of the anthropology that we find in Genesis. Moreover, for our theological study, it would veil the essential light of the revelation of the body, which shines through these first statements with such great fullness.

There is a strong link between the mystery of creation, as a gift that springs from Love, and that beatifying “beginning” of man’s existence as male and female, in the whole truth of their bodies and of their sexes, which is the simple and pure truth of communion between the persons. When the first man exclaims at the sight of the woman, “she is flesh from my flesh and bone from my bones” (Gen 2:23), he simply affirms the human identity of both. By exclaiming this, he seems to say, Look, a body that expresses the “person”! Following an earlier passage of the Yahwist text, one can also say that this “body” reveals the “living soul,” which man became when God-Yahweh breathed life into him (see Gen 2:7). His solitude before all other living beings began in virtue of this act. Exactly through the depth of that original solitude, man now emerges in the dimension of reciprocal gift, the expression of which—by that very fact the expression of his existence as a person—is the human body in all the original truth of its masculinity and femininity. The body, which expresses femininity “for” masculinity and, vice versa, masculinity “for” femininity, manifests the reciprocity and the communion of persons. It expresses it through gift as the fundamental characteristic of personal existence. This is the body: a witness to creation as a fundamental gift, and therefore a witness to Love as the source from which this same giving springs. Masculinity-femininity—namely, sex—is the original sign of a creative donation and at the same time the sign of a gift that man, male-female, becomes aware of as a gift lived so to speak in an original way. This is the meaning with which sex enters into the theology of the body.

This beatifying “beginning” of man’s being and existing as male and female is connected with the revelation and the discovery of the meaning of the body that is rightly called “spousal.” If we speak of revelation together with discovery, we do so in reference to the specificity of the Yahwist text, in which the theological guiding thread is also anthropological, or better still, appears as a certain reality that is consciously lived by man. We have already observed that after the words expressing the first joy of man’s coming into existence as “male and female” (Gen 2:23) there follows the verse that establishes their conjugal unity (Gen 2:24), and then the one that attests the nakedness of both without reciprocal shame (Gen 2:25). That these verses face each other in such a significant way allows us to speak of revelation together with the discovery of the “spousal” meaning of the body in the mystery of creation. This meaning (inasmuch as it is revealed and also consciously “lived” by man) completely confirms the fact that creative giving, which springs from Love, has reached man’s original consciousness by becoming an experience of reciprocal gift, as one can already see in the archaic text. A testimony to this fact seems also to be—perhaps even in a very specific way—that nakedness of both our first parents, free from shame.

Keep reading! Click here to read our next article, On the Masculine Genius. 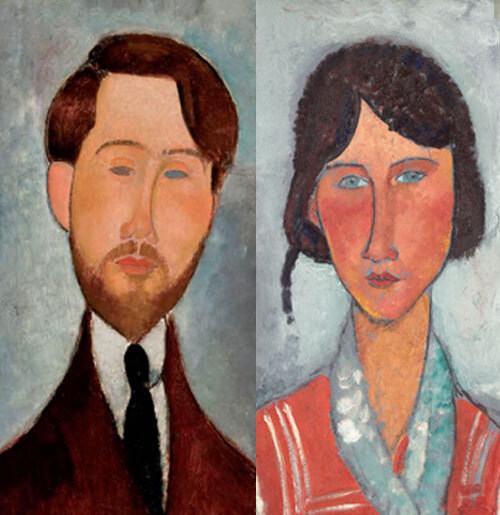