David Crystal’s Pronouncing Shakespeare: The Globe Experiment is an engaging account of the Globe Theater’s 2003 production of Romeo and Juliet in original, Early Modern English pronunciation.  It contains a brief prologue by Tim Carroll, the Globe’s Master of Play, which encapsulates the tone of the book. In his tribute to Crystal— the self-described “aging historical linguist” who introduced the Globe actors to the intricacies of original pronunciation (OP), provided the necessary phonetic transcriptions, and generally made possible this once-in-a-theatrical-epoch event—Carroll writes that the linguist’s clarity regarding “what he knew and what he didn’t” and “example of humble inquiry” reminded the play’s actors and managers “of what it is so easy to forget: that the heart of the enterprise is not display but discovery.”

Crystal’s account of the process of staging Romeo and Juliet in OP, from the fledgling idea to the audience’s final applause (directed at himself, the “bearded academic,” no less) is indeed a description of multifaceted discovery, but not primarily of an archeological nature. The latter would have made for a book of only historical interest. Instead, the book recounts the discovery, not just of language as it was spoken 400 years ago, but of language itself: flexible, relational, and alive, influenced by and influencing everything from our bodily posture to our sense of class—in short, a source of wonder. Indeed, the number of times the sentiment appears in the comments of actors or theatergoers at the three OP performances is striking: “I was amazed,” says one actor; while, alongside confessions of the actors’ terror at seeing the phonetic transcription of their lines, another voices his “surprise” and “delight.”

In Chapter 1, which introduces the setting, that is, the Globe Theater (London), Crystal is quick to note that there can be no pure archeology with language, theater, or customs. The modern Globe itself is testimony of this. It is an attempt at reproduction, but a modern reproduction is not the original, with “so little…known about theatrical practice in Shakespeare’s time” and “the modern environment” that “inevitably makes its presence felt.” That this architectural version of OP is nonetheless a liberating, fruitful enterprise can be gleaned from Crystal’s reflections:

It feels right…. Or, at least, it feels like nothing else in the modern theatrical world. The Globe, despite its contradictions … has presented a challenge to modern theatrical values…. Would a modern theater audience be willing to stand for three hours to watch a play? Would it interact with the actors, when invited to do so? Would they interact when not so invited…?

It would be an affront to the conventional modern notion of theater to be put on the spot, or as Thornton Wilder might say, to be convicted by a play and to find that the lines between the fictional stage and the theatergoer’s life are blurred. But as Crystal notes, “One of the most interesting outcomes [of the building of the modern Globe] has been to draw attention to the process of dramatic interactivity.” He describes the audience chanting in support of Caliban in a production of A Midsummer Night’s Dream and comments, “I had never expected to be placed on the spot by Hamlet, until I found myself responding aloud, along with everyone else, to Mark Rylance’s full-frontal question, ‘Am I a coward?,’ in the 2000 production.” Evidently the Globe’s architectural foray was more than mere archeology. It broke down modern presuppositions, and so freed the play to speak to the audience in a new and more direct way.

Something similar happens in the experiment within the wider Globe experiment, the production of Romeo and Juliet in OP.  What do those involved in the production discover? As Crystal details the story of his own involvement in the play, from coming up with a semi-phonetic transcription in record time—giving a brief but linguistically fascinating account of how linguists reconstruct an accent that no longer exists, in the process—to the explosion of interest in OP occasioned by the performance, some of the wonder and delight is predictable. Puns, assonances, and rhymes that simply don’t rhyme in modern, “received pronunciation” (RP, think the BBC or the British royal family), suddenly come alive. A line as seemingly innocuous as the Nurse’s comment about Juliet, “I can tell her age unto the hour,” is considerably less innocuous when one realizes that in OP “Hour was pronounced in exactly the same way as whore.”

The plot thickens, we might say, as Crystal begins to describe some of the less predictable discoveries. Smaller words that tend to receive stress in modern RP, such as in, my, thy, remain unstressed in OP, so that, for instance, Romeo’s characterization of Juliet as “my love” is much less my love, than m’love (i.e., the stress is on the love rather than on the fact that she is his). Tim Carroll expresses “bliss” at hearing the “modern actor’s insistence on stressing personal pronouns at every opportunity” suddenly disappear, while the actors, marveling at how language alone could make a character feel “more muscular and immediate.” “Reducing word-stress…had an intensifying, sharpening, and tightening effect on the show,” Carroll’s assistant notes, while another actor explains, “The show went much quicker [the performance was 10 minutes shorter due to pronunciation alone]…. Words felt like fireworks again.”

Through these small transformations, perceptible in the play’s sense of time, in the directness and muscularity of the action, and in the loss of the sense of the “preciousness” of Shakespearian language (for OP contains resonances of what to the contemporary ear would sound like forms of rural or regional speech), what begins to emerge is a discovery of language as, above all, an embodied reality. That the individual actors color OP with their native accents and attitudes, as actors would have done in Shakespeare’s day, is predictable. But that the accent would color the comportment and bodily bearing of the actor? Crystal reports that the Globe’s Master of Movement “noticed that the actors’ movement became more fluent during the OP performances,” while Carroll’s assistant remarks,

I was fascinated by the effect on the actors’ bodies. Capulet’s second line is a good example, where Montague “flourishes his blade in spite of me.” In OP, blade sits lower and wider in the body than the RP version, and in sounding dangerous (the RP equivalent sounds very correct and polite) it makes the actor look and feel dangerous…. What OP has revealed to me is the extent to which Shakespeare’s language “bodies forth” his characters.

The actors and their dialect coach note that “the accent had made everyone feel ‘more grounded;’” the language became less intellectual, more immediately expressive of pleasure, play, action, or threat. Or, to summarize various comments from the post-performance “talkback” sessions, this experiment made language appear more incarnate, more real.

More real also means more relational. This relationality appears first in the intriguing glimpses Crystal affords into the process of the formation of language, as he describes the process of the actors beginning not only to rehearse and master sounds individually, but to “accommodate to” each other, as people do in real speech. “When friends accommodate, their accents converge.” Or as people (in this case, the actors) speak to each other, the individual, halting accents begin to merge; the speakers unconsciously correct and influence one another until “their OPs mold into convincing discourse,” a coherent language with which they can address an audience.

This “discovery” of the embodied relationality of speech enables a closer connection with the audience. One might expect that a 400-year-old accent would resonate poorly with a contemporary audience. Yet most audience comments reported in the book are some variation of a teenager’s exclamation when Crystal questions a school group at one of the performances: “So what do you think? ‘Cool.’ ‘Wicked.’ Why? One fifteen-year-old lad, in a strong south London accent, piped up. ‘Well, they’re talking like us.’” This accent, which no one now speaks, is “the ancestor of [all] the accents we hear in English today,” and in this sense the schoolboy is right: he does not talk like the BBC, but he can recognize something that genuinely belongs to him in this ancestor whose voice he heard speaking to him for a moment in Southwark. (Incidentally, Crystal credits this facet of OP for its ever-increasing popularity in American theater.)

In Crystal’s description of the three performances, it is as if the divide that has grown up between words and the body, actor and audience contracted for a moment so that participants and onlookers might have a taste of words at play, words directly incarnate in action, words liberated from the sense of social or intellectual class that is associated with Shakespearian productions today. The actor who played Nurse remarks that after such an experience with a language that is at various points labeled “gutsy” and “earthy,” going back to RP “seemed suddenly a bit prissy.”

But one gets the sense that this actor, like others across the Anglophone world who have become interested in this linguistic “voyage of discovery,” will carry what he discovered into his relationship with the language he speaks every day. For, as this foray into Shakespeare’s English ultimately reveals, language as such is agile and alive, something we can feel at home in and in which we can play and delight. It is a fundamental dimension of our embodiment and a primordial expression of ourselves.

Michelle Borras received her Ph.D in theology from the John Paul II Institute for Studies on Marriage and Family and resides in Hyattsville, Maryland.

Keep Reading! Click here to read a book review by Mary Catherine Levri, Why Church Music Is So Awful. 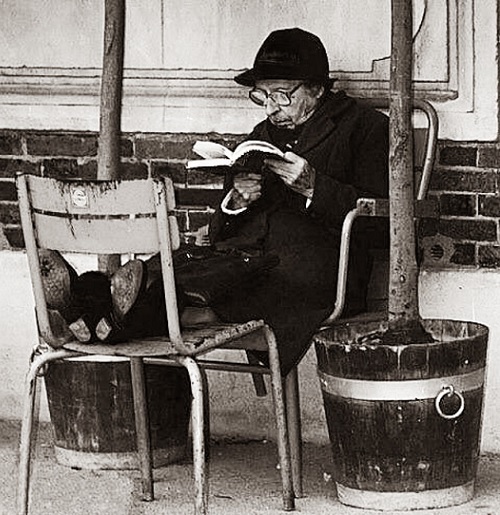