The present issue is perhaps the most contentious we have yet published, for the topic of homosexuality seems to divide Christians even more than divorce or artificial reproductive technology. This can be seen from the very fact that for the first time we have approached potential reviewers only to be told that they were afraid to publish a review on this topic because it might put their academic positions in jeopardy. That is a serious matter, and worthy of reflection.

John Haldane, Britain’s foremost Catholic analytic philosopher who teaches in Scotland, argued in Nova et Vetera recently [English Edition, Vol. 10, No. 3 (2012), pp. 649–55] that “marriage exists for the sake of making and maintaining family life, the roots of which lie in natural complementarities: in male and female of the species joining together one-to-one, with the intention of creating another. That other, or others, born of the fusion of their parents’ diverse identities thereby extend a union of two, to a community of several. Marriage recognizes, celebrates, and protects this basic source of human society.” If the legal definition is changed, as proponents of same-sex “marriage” insist, that will no longer be the case.

Without dwelling on the political aspects of the current situation, and without anticipating too much what is said in our major “systematic” article by David Crawford (who has also written an important article in Communio on this topic), I want to try to put my finger on the nerve we are touching in this issue with a few brief comments. Other useful articles are listed in a footnote.[1]

The question of same-sex unions and the related one of gay “marriage” (now legalized in many states and at least eleven nations) penetrates to the heart of the anthropology to which the Pope John Paul II Institute for Studies on Marriage and Family is committed. The word “marriage” is placed in inverted commas here to indicate that, in our view, a gay union, no matter how solemnized, does not fit within the definition of marriage accepted by the Church and until recently by civil society. Furthermore, we believe that this definition is no mere social convention but has an ontological foundation in human nature. The second claim is harder to make these days, when ontology has been called into question. Nevertheless, the Church tells us we are alive for a reason, and furthermore we are male and female for a reason, a reason most fully revealed by the sacrament of marriage.

The focus in Humanum as we consider these matters, especially in this year we have devoted to the question of origins, must not neglect the impact of gay parenting on the child. We are concerned with what cannot be negotiated in the origin of a human being (in this case “the unity of the two,” with emphasis on the two). Looked at through that lens, the image is clearer still. One would expect, given the political intensity of the debate and the bias of researchers, evidence of the effects on children of being brought up by gay parents to be often unreliable. Several of the reviews in this issue show that this is the case, although the question is hotly debated. In any case, to the extent gay marriage is a new phenomenon, proper sociological studies of its results will not be available for several generations. But as in the case of divorce, we may already appeal to a fundamental principle, namely the fact that a person’s sense of his own identity is largely formed in relation to the parents, by example and through education. We spoke in the previous issue of an “ontological wound” reported by children of divorced parents. A similar wound may be suffered by those orphaned when they were very young, or brought up by a gay couple without the added richness of knowing a mother or father.

The added dangers in the latter case include the fact that not only is the child deprived of something concrete,[2] but another and untried model of child-rearing and of living intimately together has been imposed upon him. Furthermore it may be difficult for the child subsequently to admit any problems or difficulty with this experience, not for political reasons but because to do so would offend and hurt those who love and care for him. Just as the child of divorce may be forced to “take sides,” or finds his identity divided between the parents, so the child of a same-sex union may be forced to serve as the “mirror” in which the two parents seek to contemplate themselves. The child is not (in his origin) a living communion of the two with the Holy Spirit in one flesh, but has been co-opted to play that role – a burden that may prove to be too great to bear.

In memoriam
Finally, it is a year since the death of Father John Harvey on December 27, 2011, whose books are reviewed in this issue. Father Harvey was the founder in 1980 of Courage. A ministry of the Archdiocese of New York for men and women experiencing same-sex attraction and wishing to live by the Catholic teaching on chastity, Courage grew into an apostolate with support groups in 13 countries. Father Harvey directed it with gentleness and wisdom until the age of 90, and his work continues under Father Paul Check.

COMING UP IN OUR WINTER ISSUE: ABSENT FATHERS

[1] There are many other interesting articles on this topic available online. An article in the March issue of Pediatrics argues in favor of same-sex marriage. Here is a round-up of the best articles against that position that have come to my attention:

Carolyn Moynihan, "If Two Lesbians, Why Not Two Sisters?"

Robert R. Reilly, "What Would the Greeks Have Thought of Gay Marriage?"

Joan Frawley Desmond, "The Preservation of Marriage: A Battle Worth Fighting"

Robert R. Reilley, "The Road to Same-Sex Marriage Was Paved by Rousseau"

This list will be updated from time to time.

[2] Since father and mother reveal different and complementary aspects of the divine image to the child, a child deprived of either or both is at a disadvantage in terms of his knowledge of God – which is not to say that the deficit may not in some ways be compensated for, or that the argument is weakened to the extent we accept the popular view that sexual differences are largely cultural and conventional. 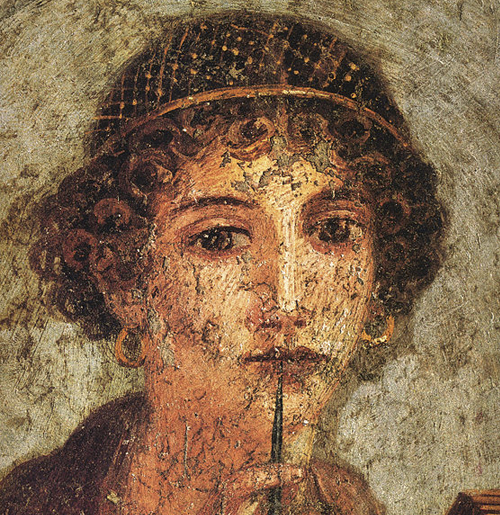