After our initial issue on “The Child,” the first series of four issues of Humanum was dedicated to the theme RECOVERY OF ORIGINS, since we regarded this recovery as a vital step in understanding and healing our culture. To become who we are meant to be – or who we are, when we are at our most authentic and most fulfilled – we need to look back to what we were, to our point of origin. The word that seems most apt is anamnesis, a recalling or remembering that connects us with the meaning of the past.

We looked at the various threats to that “recovery of origins” – such as divorce, reproductive technology, same-sex unions, and absent fathers. Each of these, in a different way, contradicts or obscures our memory of the child we used to be, a child whose very existence is the fruit of love between a mother and a father, and (within that) a gift from the Source of Being. These various threats help to draw a thick veil over the face of Being. They leave us isolated as if in a thick fog – in a world driven by human acts of will and at the disposal of desire and calculation.

Having examined this fundamental problem from several angles, both in a series of major articles by faculty of the John Paul II Institute and in the book reviews featured in every issue, we now move on to the theme of “HOME AND FAMILY.” The implications of our culture’s forgetfulness of Being and the Child are inevitably played out in the first society any of us know. The family is that organic unit in which the child is normally born and brought up – the smallest and most fundamental unit of civil society, prior to both State and Market. The nourishment we receive, the principles we learn, the examples we are given, and the wounds that are inflicted here will most likely stay with us and help to define the tasks and struggles of our lives.

In the coming series of four issues, beginning today, we are trying to understand the family and the threats to its existence from several angles. Having discussed the problem of “absent fathers” and the nature of fatherhood in the previous issue, we are looking first at motherhood and the work of mothers, before we examine the impact of modern technology on the home, and then look beyond the so-called nuclear family to the neighborhood and the extended family, including the elderly.

Mothering, if we can call it that, is always needed, although it takes a myriad forms, from giving birth to waving goodbye, from teaching to learning, from leading to following. It is the most obvious and yet the most subtle work in the world, celebrated on sentimental greeting cards in every shopping mall, yet hidden like a secret at the heart of the world. The mother’s smile awakens us to our own unique existence in relationship to others – and if that smile never comes we spend our lives looking for it. The mother’s womb is our first home, and she may spend the rest of her life trying to build something like it for her children. But the home she builds is more than a nest. It is a kingdom of the imagination, a crucible in which souls are melted and reshaped; it can be a base camp, a reservoir, a castle, a launch pad. Civilization starts there and ends there.

Such talk can be problematic, because it is associated with the attempt to keep women in the home as if in a prison, against their will. In a culture that values only power and money as expressions of a limitless freedom to choose, the very different values of family are denigrated or ignored, and home is the last place anyone wants to be. Mothers who are strong enough to make their own value judgments are not deceived by this, which is not to say that question of how women balance their work in the home and beyond it is entirely resolved by the recognition that the former is crucial to the welfare of the family and society.

The work of a mother in the home is as important as anything she could achieve outside it – and yet a woman is more than a mother, and she may be called to other work. Also a woman who wants children may never have them. The praise of motherhood should never lead to the denigration of women who are not mothers. In order to avoid this, it is not necessary, however, to downgrade mothering, but rather to recognize that the childless woman can be a spiritual mother – that mothering is part of what every woman can do, even outside the home. Perhaps we need to enrich our notion of what mothering is, at this level, in order for society to understand and value this crucial contribution that women can and do make. 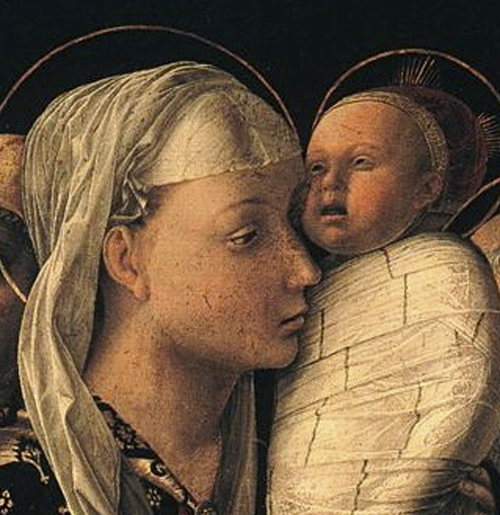