In the first volume of this series, which was concerned with theoretical foundations of bioethics, bioethicist Nicholas Tonti-Filippini criticised various attempts of other Catholic thinkers to present bioethics by appeal to pure reason alone within a culture in which religion is increasingly marginalised from public life. Instead, he argued, Catholics should be prepared to “participate in public debate openly as Christians rather than trying to engage in pure reason. I would suggest that we should be open about our faith because subterfuge is beneath our dignity and in any case, would only breed suspicion” (vol. 1, p. 61). Such exhortation would be vain if the author did not also attempt to show, by example, how a Catholic thinker might engage with specific ethical questions in a way that was both open about his or her faith perspective and which was addressed to a wider public audience and not only to his or her co-religionists.

In Volume 2 Tonti-Filippini shows how the approach he advocates can be applied to the ethics of caring for people who are sick or dying. This volume covers issues such as “Not for Resuscitation” orders (what in the United Kingdom would usually be called Do Not Attempt Cardio-Pulmonary Resuscitation, DNACPR); tube feeding and refusals of food and water; euthanasia and physician-assisted suicide; advanced and proxy decision making; and psychiatric interventions that alter personality.

Such an approach is particularly effective in Tonti-Filippini’s case because of the impressive character of his own story. He is a man who is very ill, who has been near death many times, and who has been dependent on dialysis three times a week for the past twenty years. When he speaks of the experience of patients, he does so from the perspective of personal knowledge. This is best illustrated by example. When discussing the ways in which society often places further burdens on those who are ill and who require healthcare, Tonti-Filippini writes of how “for several years, until I objected, I received from my health insurer a letter that tells me how much it costs the fund to maintain my healthcare” (112).

Again, when discussing the issue of DNACPR, Tonti-Filippini writes of how,

recently, I suffered double pneumonia for which I was hospitalised including two days in intensive care. While there I was asked by a senior physician whether I would like not to be resuscitated in the event of a cardiac or respiratory arrest. At the time my breathing was machine-assisted, and I was in a state of acute distress and struggling to keep my oxygen saturation at a reasonable level. It was both confronting and demoralising to be asked that question, at a time of acute illness, implying as he did by his question that my plight might be hopeless… I was not really in a fit state at that time to manage his suggestion. Thankfully, I had previously completed some advice for end of life care… I referred him to that. (174)

Tonti-Filippini is aware that his experience is personal and in some respects unusual. His wife is a doctor and, due to his professional work as a bioethicist, he too is familiar with the working of a healthcare system more than many patients would be. He is also a practicing Catholic, thinking within a particular intellectual tradition and living within a particular faith community. He offers his reflective experience, therefore, not as one pretending to speak for everyone but as “an offering to be considered alongside the many other voices on these issues” (200).

It is where Tonti-Filippini draws on personal experience, together with philosophical and ethical reflection, that he is most persuasive. This is not to say that his discussion of other topics is without merit, but for this reader, at least, the greatest contribution of this book is the personal perspective the author brings to the discussion.

Tonti-Filippini’s interests shape the content of this volume. While it is ostensibly about “caring for people who are sick” and not only those who are dying (or whose sickness is life-threatening) most of the volume is in fact concerned with issues related to treatment and care at the end of life. The discussion of the ethics of mental healthcare (in chapter 4) felt like an extended digression and the volume contains very little discussion of, for example, the health needs of people with learning disabilities, or the genetic factors that cause disease and the ethical issues that are raised as it becomes possible to identify these factors. It is facile to criticise a book for what it does not contain, as it can always be said of any book that it does not cover this or that topic. My comment is intended only as a gentle forewarning for the potential reader. This volume is not about sickness in general but primarily concerned with sickness that might lead to death, though it also has a chapter about mental illness.

As there is a certain arbitrariness in the choice of topics treated in this volume so there is also an unevenness in the way the topics are treated and the style of writing. This is not a monograph that has been conceived in advance and then written as a coherent whole. It is rather an amalgam drawn from work that Tonti-Filippini has done throughout his career in articles, talks, or reports. The chapters thus switch from philosophical analysis, to personal experience, to theological reflection, to lists of considerations as one might find in an official report or a code of practice. This material is not always well integrated and it is not transparent why items are included or neglected from various lists. Occasionally the lists even seem to contradict one another, for example, “intellectual disability” is listed as a category in the classification systems for mental illness (152) and on the next page is listed as a condition of a person who is “not to be considered as mentally ill” (153). There is no discussion of this discrepancy.

There is also unevenness in the level of the theological material so that, for example, the contrast of Augustine and Thomas Aquinas on the Holy Trinity (166) is overdrawn and would be difficult to justify from their writings.

This volume would no doubt have benefitted from a longer gestation and a more thorough reworking and restructuring of material. However, the compromises evident in its production are perhaps expressive of the situation and thus the perspective of the author, and it is this perspective that gives the volume its value. In any case, this volume is a great contribution to Catholic bioethics, one that I am sure I will use in teaching, will recommend to others, and will return to in my own reflections.

I would draw attention in particular to the excellent discussion of euthanasia and assisted suicide (95ff.) and especially the personal perspective (110‒12) that completes that section. There is also a very well-balanced discussion of future care planning (140‒47) which is illuminated further when Tonti-Filippini shares the instructions that he drew up to cover his own future care. Among the provisions is the following paragraph:

6. If I suffer from cognitive impairment to such an extent that I can no longer understand the purpose of haemodialysis and this is a cause of distress I would want effective, non-burdensome treatment and care that is reasonably available to be continued, but would not want haemodialysis to be persisted with, if that decision was acceptable to my senior available next of kin. (199)

What impressed me most about this provision was the subtlety of the qualifications, not only the clarity about why haemodialysis might become burdensome (which bears not a trace of lack of respect for life with cognitive impairment) but also the last qualification which shows concern for the impact of the decision on the next of kin. Thus Tonti-Filippini shows not only how one can care for people who are sick or dying but also how those who are sick or dying can care for those around them. He shows how such care by one who is sick involves, among other things, a determination to value one’s own life not less than it is valued by others.

Keep reading! Click here to read our next article, Trauma and the Body. 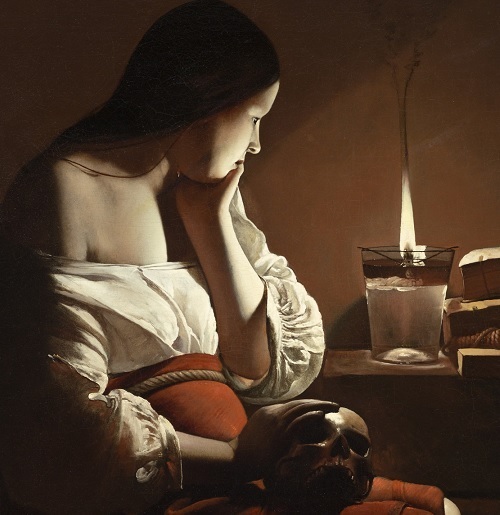