In Apostolic Farming: Healing the Earth, Servant of God Catherine Doherty, in her punchy and aphoristic manner, sketches a vision of farming as a path to holiness. Doherty, the foundress of the Madonna House community of lay men and women and priests, calls this path “apostolic farming.” It involves understanding nature as created, the earth as given, and a quiet humility that sees farming as a way of communing with God. While the book is hardly systematic, it offers nuggets and gems that can serve as a basis for deeper reflection about what true Christian farming should look like. Indeed, Doherty’s thoughts were eminently practical; they translated into concrete action in the form of a farm, St. Benedict Acres, at Madonna House and then later farming activities at other Madonna House apostolates.

Doherty was born in Russia, and she dedicates the first pages of her book to memories of her family’s Russian farm. The farm, which had been in her family since the twelfth century, taught her much. For instance, she recounts the bearded farm superintendent whose way of talking of the land made one think that “he was talking of a person” (15). He explained to Doherty’s father that their field was sick because they had failed to “put back into it what we had taken away from it” (15). From this, Doherty gleans the “law of soil fertility,” which she will employ the rest of her life: “you must put back what you take away” (16). Ultimately, Doherty learned in Russia that farming must be an act of love and a way of life—a Christian way of life. She writes that in Russia “the farmer was called Krestianin, which simply means ‘Christian’” (26). She states that this is right because “farming should be the epitome of a Christian” (26).

These Russian lessons become the basis for the way of life Doherty establishes in Combermere, Ontario, where Madonna House is located. Establishing St. Benedict’s Acres, as part of her apostolate, is the natural fruition of Christian love: “[W]hoever is in love with God must incarnate or live out their love immediately” (29). She terms the sort of farming they engage in as apostolic farming because an apostle is “one who is sent on a special mission” (35). Apostolic farming, then, is farming “to spread the Good News by bringing God to everyone who sees or hears of our farm. We bring the Good News by living the gospel, and there is no better place to live the gospel than on a farm” (35).

Apostolic farming necessitates a closeness to and tenderness for the land and animals. The apostolic farmer is “one who seeks to make a farm richly productive by the simplest means and the least possible amount of money” (39). Apostolic farming also requires living in the Truth. Doherty eschews the factory and chemical-based farming that have characterized the modern age. This sort of farming is a kind of “deception” that “brings sickness, not only of the body . . . but also of soul and mind” (66). A true farmer cannot be deceptive. Doherty writes that it is much “better . . . to have fewer eggs and be truthful than to have more and be liars before God” (66). By living out the original plan for creation in Genesis, a farmer preserves and restores rather than pollutes. By living the truth of God’s creative order, an apostolic farmer helps to restore God’s plan and helps to draw men and women to Christ. This is the vision of farming that Doherty bequeathed to Madonna House and her followers.

The final section of the book includes reflections from Madonna House farmers—the men and women who have tilled the Combermere fields and tried to live out Doherty’s vision of apostolic farming. They aren’t romantics. They tell of the struggles and hurdles they have faced in attempting to live out Christian farming. They recount June frosts and poor soil, swampy land and the trial and error whose fruit has been wisdom and knowledge regarding the land. Despite the challenges and the steep learning curve, one of the Madonna House farmers writes that for him “farming is mainly a work of the heart” and that farming is ultimately a “work of love” (82).These farmers recognize that their lives aren’t their own and that by farming in the way sketched out by Doherty, Christ comes alive within them. In following the little way articulated by Doherty, the Madonna House farmers, in her words, “show the face of God in little things” (46) and help to restore all things in Christ. 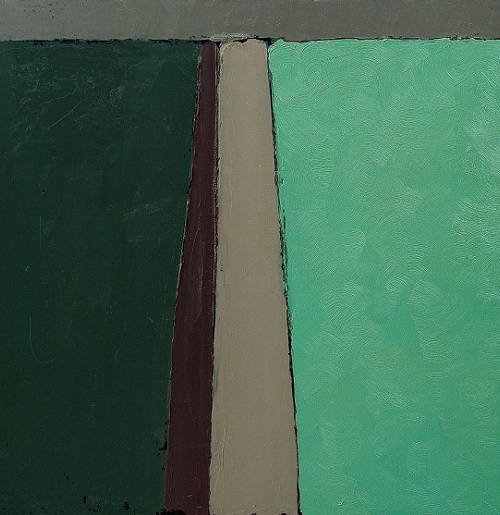