Senechal, Diana, The Republic of Noise: The Loss of Solitude in Schools and Culture (R and L Education, 2012).

From far away I heard you speak today,
the way we hear bells in a slant of sun,
knowing they ring at five: the calendar
itself makes words, the very rays make chords.
A teacher must have rushed there after school,
arrived breathless, flopped in a seat, arranged
her coat and hair, leaned into heed, and found
a rampart in the very listening.
Something to sit up for, something to hold
one’s head up for, a time to put aside
one’s foibles for, even a distant time,
this came my way today, a reckoning.
I grasped that there was loneliness in gold
and gold in air, and debt in everything.

So begins Diana Senechal’s The Republic of Noise: The Loss of Solitude in Schools and Culture (2012), a book whose very title announces a crisis at the heart of the modern world: when we allow the current trends in education and American society to clutter even our interior spaces, we ignore the capacity—and even lose the desire—to recognize and be moved by what is real, good, beautiful, and true.

Senechal cuts right to the heart of both the constructivist mindset that has permeated the field for the past four decades and the business models upon which much of current education reform is built. Regarding the latter, she traces how the values of industrialization and economics have transferred to education, steering it in the direction of efficiency and productivity, immediate gratification and visible results, strategies and skills. To see these concepts in light of their effects on solitude is to invite us to remember what education is in the first place. Senechal counters the insistence on external, measurable success as well as the utilitarian view of subject matter. To be sure, she acknowledges that externals and skill-building are important. When taken as the primary ends of why we educate, however, “. . . we lose the gradation between the unseen and the seen, between the visible and invisible”(125). She proposes an integration, noting that the seen and the visible point to something beyond themselves, to the unseen and the invisible. We need to recover the priority of the subject matter and to discern through a cultivated solitude that a kind of internal success can come by way of doing or practicing something simply for its own sake.

Senechal also recognizes that technology plays a key role with respect to the culture’s crowding out of the immeasurable and the invisible. Given the ubiquitous effects of technology, she does not merely devote an isolated chapter to the problem, but rather weaves her observations throughout the entire book. She reveals that introducing technology into a classroom—or any other environment—is not simply about the number of machines in the room, but about the very dynamics and attitudes involved in teaching, in family life, in friendships, etc. Here, along with Neil Postman (and others), she shows that technology is not simply a neutral tool that can be used positively or negatively. On the contrary, technology and its emphasis on immediacy, efficiency, and productivity have contributed to what she calls the “flattening”(117) of our definition of success and of the ends of the subjects we teach, leading to the tendency to make the avoidance of boredom, the visible busy-ness of activity, information retrieval, and the quick collection of data the be-all and end-all.

Regarding the constructivist mindset mentioned above, Senechal counters the prevalent view that students construct their own meaning with the view that students make meaning their own. This “own-ing,” however, never reduces to possessiveness. For Senechal, as the “debt” in the last line of her poem above suggests, the meaning in the world has already been given to us; we have to discover it, “lean into it,” toy and tinker with it. This kind of “practice,” she describes, “is not solipsism; at its best, it is a relationship with something outside us, a relationship that grows more intimate over time. Sometimes it goes through periods of estrangement, when we realize how little we know and what beginners we are”(185). This relationship underscores that the end of study is wisdom—a process that involves humility and a search for excellence, instead of empowerment that orients all things to the self.

Grounding education in this search for wisdom and excellence also provides a way to resist the tendency towards cynicism. Senechal recognizes that “[we] cannot enter into this relationship [with what is outside us] with a sneer”(54). Study involves “honor[ing] things through thought and longing”(54), and the very act of honoring—one that begins by inviting these subjects into our interior spaces—makes us value the subject more. With this attitude towards education, Senechal sees how “[s]olitude allows us to cast off the pretense of casualness”(185) and to discover instead “something to sit up for, something to hold one’s head up for.” And it is in solitude, she adds, that one can discern a reasonable, honest, courageous response to this discovery.

Pondering the cultural loss of solitude also involves a playful turning inside out of the many buzzwords and jargon in education. Instead of the “higher-order thinking” called for in education reform, Senechal proposes “medium-order thinking.” Here, for example, she works through a Newton theorem from his Principia “[t]o show how a specific problem in a specific subject can draw on the history of the field and lead to new insights”(104). Rather than isolate the theorem to practice generic “problem-solving” (a higher order thinking skill), Senechal expands it by digging into its details, showing how it relates to other theorems and reveals the depths of simple shapes. In this concrete approach, a person can also recognize better the good, the order, perhaps even the beauty of a thing for its own sake, marveling at these further connections and sensing satisfaction in just knowing them, without having to “do” or make something or turn it toward some “productive” end.

In a humorous anecdote, she recalls being asked during a conversation with some lawyer-friends, “Do you think inside the box or outside the box?” She gave the question some thought, and then finally answered, (WARNING: SPOILER ALERT!) “inside the box.” This surprise twist points again to her call to be fully present to what is present, attentive to the inner-workings of a thing, to its inherent meaning and logic as the truest path to imaginative thinking. Viewing creativity as something that comes simply from the outside is symptomatic of the modern-day fragmentation of reality, and Senechal shows that such fragmentation contributes much to the deterioration of our interior spaces.

The Republic of Noise reveals the beautiful paradoxes of cultivating an interior space. For example when it comes to relationships, Senechal proposes that “[t]he opposite of solitude is not community but absolute currentness”(34). With the easy access and speedy communication of social media, a universal friendliness abounds in our culture, but real friendships require discernment, patience, presence, and time. Solitude can even bring us into a deeper sense of community, broadening it to include more than only one’s immediate surroundings or only people with similar “likes.” Pointing to literary works such as Jane Eyre and Antigone, Senechal draws out the sense of interior belonging gained from “the company of principle"(67) that allows people to discern what is true and to stand up and live out these things even when it is difficult or unpopular.

Senechal concludes with a chapter entitled “Setting Up Shop,” asking the question, “which things deserve the dedication of solitude?”(209). In unfolding the answer, she shows that “[t]o take time for thought is to invite a crisis”(209)—one that can be fruitful, if often difficult and painful, for it can lead us to what is true and real. She addresses the current tendencies in our schools to want to provide unlimited choices, to emphasize group work, to tailor instruction to each individual, and to make the material “relevant.” To be sure, this may sound worthy of praise, not criticism. The problem, however, lies in the loss of a sense of solitude that these things bring with them. For example, she presents collaborative group work as being perhaps successful on the surface: the teacher steps to the side as the students work busily on their assigned tasks and create a visible product to demonstrate their accomplishment. But this typically does not leave ample time and space for individual thinking in the midst of the “majority rules” or “might over right” dynamic that often occurs in groups.

Senechal also addresses the role of the teacher, who today is often asked to be a “guide on the side,” not a “sage on the stage” with the goal of more effective student engagement. Such a goal, however, she points out, becomes superficial and sentimental when it relies simply on students’ choices or feelings. Teachers, by their lives—their questions, their attitudes, their care for both the students and their subjects—demonstrate what a life of taking a subject seriously—and enjoying it—looks like.

Lest this quest for solitude sound romantic or idealistic, Senechal emphasizes the effort and commitment involved in cultivating an interior life. It requires a shift in what we honor, what we love, what we give time to—and most definitely it requires a risk. A few good works of literature wouldn’t hurt either. Through sensing something amiss in our schools and culture and naming it a loss of solitude, Senechal invites us to live more fully, more nobly and more humbly, as a part of the world and apart from it. She invites us to educate ourselves and our children to that careful looking and listening she calls solitude so that it might expand and ignite what is deeply human in us all: wonder, gratitude, compassion, and wisdom.

Stella Schindler is an English teacher at Georgetown Visitation Preparatory School for Girls in Washington, DC. 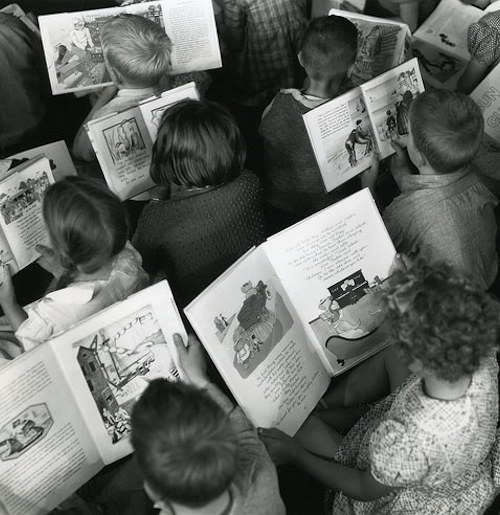