This article originally appeared in Public Discourse and appears here with permission. Copyright 2013, The Witherspoon Institute. All rights reserved.

Now that many children conceived with the help of donor sperm or eggs have reached adulthood, many of these donor-conceived adults have claimed a right to know their biological parents. This phenomenon has led a number of European countries to outlaw gamete donation. Even in places where anonymous donation remains legal, such as the US, there is a growing trend toward the use of non-anonymous donors. This shift away from the use of anonymous gamete donors parallels the shift toward greater openness in adoption, and it marks an increasing recognition that knowledge of one’s biological origins and contact with one’s biological parents when possible are important for human well-being.

This recognition points to a more fundamental critique of donor conception. Indeed, the basic premise of arguments against anonymous gamete donation—the recognition that children have a fundamental interest in knowing their biological parents—implies that conceiving children with donor gametes is always morally problematic, even when the donor is not anonymous, because it always involves conceiving children with the intention of depriving them of a parental relationship with one of their progenitors. Thus, it is different from the usual case of adoption, in which a child already exists; putting a child up for adoption is an attempt to give that child the best possible care in non-ideal circumstances.

An accurate ethical evaluation of donor conception requires a deeper philosophical investigation of the common view that parent-child biological ties really matter in themselves. In other words, we must ask: Are there unique benefits to children in being raised by their biological parents? Or is a biological parent fully interchangeable with any other equally competent and loving parental figure?

This view presupposes the claim that human being are bodilypersons. Our bodies are an essential aspect of who we are, not just an extrinsic instrument that we use to express the thoughts, desire and choices of our conscious self. If you are tempted to deny this, consider the following questions: Do you think that rape is a genuinely personal violation, not just a violation of property, even if the victim is unconscious, never finds out, and suffers no physical harm? Do you think that assault is a more serious crime (more serious in type, not just in degree) than vandalism, because it involves an attack on one’s person rather than just one’s property?Do you think that the desire to seek out long-lost relatives is intelligible, or that it makes sense to seek to get to know one group of people rather than another simply because they are your relatives?

In a weak sense, of course, everyone has a relationship with every other human being at the bodily level, insofar as we all share a common genetic origin and inheritance. Further, the love of any particular person is always irreplaceable, in the strict sense, to every other person. Does this imply, then, that every person has a non-transferable obligation to love every other person? Yes, it does, in the sense that every person has a general obligation to promote the overall human well-being of every other person, and love is essentially a commitment to the well-being of another. The well-being of some, however, will rightfully take priority over that of others in accordance with the closeness of one’s relationships and the importance of the benefit that one can provide.

Translated into the language of love, this means that the love parents owe to their children is special and prioritary—that is, it should take precedence over most other loves. Further, the obligation to love one’s biological children is a strictly non-transferable one. Biological parents must love their children themselves; it is literally impossible for anyone else to do it for them.

Yet why can’t biological parents fulfill their obligations to their children simply by ensuring that competent others will raise the child? The reason is that the special and prioritary love that biological parents owe to their children is almost always incompatible with failing to raise those children. The exception, of course, is when there are extremely serious countervailing reasons such as genuine incompetence, reasons of the sort that the child herself—once she is capable of making a mature judgment on the matter and learns why her biological parents chose not to raise her— would be able to understand that this choice involved no failure on their part to love her adequately. In a case like that—but only in a case like that—it ispossible to fulfill one’s strictly non-transferable obligation to love one’s biological children without raising those children oneself.

It is also worth noting in this regard that empirical evidence about adopted children supports the claim that the love ofone’s biological parents is important and irreplaceable to children, and that its absence has a significant negative impact on children’s overall well-being. Researchers have noted that one of the greatest psychological difficulties that adopted children face is the sense that they have been rejected or abandoned by their biological parents. On the other hand, one of the advantages to children of “open” rather than “closed” adoptions is precisely that open adoptions allow children to learn that their biological parents did and do love them, and placed them for adoption because of that love.

Further comparison between gamete donation and adoption might help to add plausibility to my claim that children have a prima facie right to be raised by their biological parents, based on their absoluteright to be loved by their biological parents. If biological parents were to place their children for adoption for trivial reasons—because, for instance, it would interfere with their vacation plans—we would consider that decision to be morally wrong. It would constitute a failure to fulfill serious moral obligations toward their child without a sufficiently weighty reason to excuse them. Further, we would think it wrong for a couple to intentionally take steps to conceive a child, or to take actions with a high probability of resulting in conception, when they would be unwilling to raise that child, even if the reasons are non-trivial and they really are incompetent. Consider the following case:

Amanda and Arnold are in desperate need of money. Amanda learns of a local fertility clinic that is offering generous compensation for participation in a study on the effectiveness of fertility treatments. Amanda and Arnold decide to participate in the study, foreseeing that Amanda will most likely become pregnant as a result. If conception does occur, they plan to give the child up for adoption as soon as he or she is born, because their financial situation would make it impossible for them to care for the child adequately.

This case seems to be the exact moral equivalent of what egg and sperm donors do. Just like Amanda and Arnold, donors knowingly perform actions that will most likely lead to their becoming biological parents, while having no intention of raising their offspring themselves. If we think that Amanda and Arnold’s actions are wrong, we should also think that the actions of gamete donors are wrong, and for precisely the same reason: a child has a prima facie right to be raised by his biological parents, based on the absolute right to be loved by his biological parents.

This line of reasoning provides a principled account of our intuitions about the wrongness of conceiving and/or placing children for adoption for trivial or mercenary reasons, and it applies perfectly to the case of gamete donation. Sperm and egg donors, by acting in a way that will lead to their becoming biological parents precisely on condition that they will not be called upon to raise the resulting children, thus act wrongly by failing to show adequate respect for the needs and rights of their future children. Their wrongdoing consists in a willingness to harm their future children by depriving them of an important benefit to which they have an absolute right: being loved bytheir biological parents.

What about the individual or couple who uses donated eggs or sperm to conceive? If it is wrong for someone to donate gametes, then it is also wrong to contribute to the practice by creating a demand for it. It is patently unjust for a parent to prioritize his or her desire for a genetically-related child over the child’s right to be loved and, when possible, raised by both genetic parents.

Melissa Moschella is an Assistant Professor of Philosophy at The Catholic University of America. Her work focuses on ethics and political philosophy, especially bioethics, natural law theory, and the moral and political status of the family. 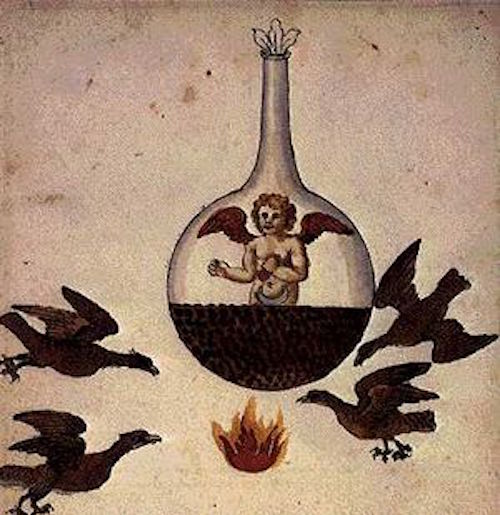