Bernard E. Rollin—the weight-lifting, Harley-riding, animal-loving, Ivy-league-educated philosophy professor and leading animal-welfare advocate at Colorado State University—has written a suitably eccentric autobiography. It is, by turns, amusing, including humorous stories about animals and those who work with them; cheeky, including plenty of profanity; highly informative, including an overview of animal ethics in veterinary, scientific, agricultural, domestic, and legal practice; and thought-provoking, including summaries of Rollin’s arguments from his “hundreds of papers and popular articles and seventeen books” (xi). In accord with his “healthy respect for regular people” (2) and “strong belief in common sense” (3), he uses simple language and reports, accordingly, that he has convinced various groups—e.g., rodeo cowboys, ranchers, farmers, veterinarians, and animal researchers—to treat animals better. His credibility can be explained by his moderate views. Ultimately, he accepts that human purposes may warrant killing and inflicting pain on animals, even though he seeks to reduce these practices.

Rollin fails, however, to present a coherent view of human nature, animal nature, and their relationship, on which his ethical recommendations might be based. Unsurprisingly (see the title), he rejects Descartes’ view, as he paraphrases it, “that animals had no minds…and were just machines” (13). What are animals for him, then? Taken together, his statements on the nature of animals are confusing. Following Aristotle, he claims that each animal, unlike a machine, has a natural telos—a “functional goal” (43)—that determines how humans should treat it. Because each animal has its own intrinsic way of functioning, including an interior life, we must acknowledge that “what we do to animals matters to them,” not only to us humans (50). Accordingly, farm animals should “live decent lives” in a suitable environment, while laboratory animals should “have pain controlled” to the best extent possible (43). So far so good; this is indeed “common sense.” But Rollin then goes on to deny that we can “define morally relevant differences between people and animals” (50; cf. 125). Likewise, he endorses David Hume’s opinion that “animals [obviously] experienced thoughts and feelings,” without distinguishing between human intellect and animal awareness (13; cf. 109). This failure to recognize our higher human telos conflicts with his view that we may domesticate, confine, and use animals for our human purposes, so long as we give them proper care. No doubt he would agree that there is a distinct moral standard for how we should treat other humans.

Rollin attempts to justify his ethical approach by describing it as a “social consensus ethic,” that is, one which judges the legitimacy of practices based on the principles of Western democracy (31, 39). Western democracies employ utilitarian reasoning to benefit the social community, while also safeguarding the individual by appeal to basic “rights”—a concept which Rollin grounds in deontological or duty-based ethics. Rollin’s original idea “was to plug animals into the logic of our societal ethical system” (48). He argues that animals are “entitled to the full application of our moral machinery for people, full entry into the moral arena, and legal protection commensurate with their moral status” (50). Truth be told, however, American democracy is not a solid basis for moral deliberation because it is characterized by its lack of an explicit view of the moral good. People disagree on whether the U.S. Constitution is based on Judeo-Christian, Enlightenment-rationalist, or bourgeois-economic principles, each interpretation diverging from the others on the nature of the person and his “rights.” To include sub-human animals as bearers of Constitutional “rights” only makes this immense problem of liberal democracy all the more problematic. The reader is liable to worry that Rollin would have us perpetually litigate the competing rights of human individuals, social communities, and animals.

In spite of these underlying philosophical problems, Rollin’s views on animal treatment and his actual accomplishments are generally commendable. Indeed, judged according to its explicit purpose, his book must be considered successful. Rollin tells his story in order “to show that even in today’s regimented and immensely complex world, individuals can effect meaningful change and perhaps inspire others to do so” (xi). Soon after joining the philosophy department at Colorado State University, he pioneered the field of veterinary ethics, convincing generations of veterinarians that their once-widespread practice of inflicting gratuitous pain on animals was in fact cruel. Subsequently, he has become involved in animal advocacy in virtually every pertinent area. He works with animal advocacy groups to try to overcome the all-too-common cycle of commercial breeding, irresponsible ownership, abandonment, and euthanization of pets. Reacting against the widespread “ideology” that “science is value free in general and ethics-free in particular” (106), which in fact engenders callous mistreatment of laboratory animals, he promotes national legislation to control their pain and distress and, more fundamentally, to make researchers cognizant of the important ethical questions raised by their work.

Perhaps most significantly, he works with the agricultural industry to recover what he calls “husbandry”: “the ‘ancient contract’ with animals, a highly symbiotic relationship that endured essentially unchanged for thousands of years” (191). In traditional agriculture, humans and their animals are bound together for their mutual benefit: better care for animals correlates with better production. Practitioners of husbandry bring humans, animals, and the land into a sustainable symbiosis. Modern “factory farming,” by contrast, valorizes the “values of productivity and efficiency…to the detriment of animals, sustainability, the environment, agriculture as a way of life, rural communities, stewardship,” etc. (202). While exposing the appalling practices of factory farming (e.g., the use of debilitating sow and veal stalls; de-beaking chickens; causing injuries by mass-crowding and induced rapid growth, etc.), Rollin does not demonize people in the industry. In response to the growing population after the Great Depression and Dust Bowl, “agricultural scientists and government officials,” he explains, “became extremely concerned about supplying the public with cheap and plentiful food” (203). Still, farming practices have consequently devolved: animal mistreatment, disease risks, environmental degradation, and a lack of know-how have become prevalent. Appealing to real examples of large-scale farms that have converted to husbandry practices, he convincingly argues that we can renew our “ancient contract” with animals and the land, without sacrificing sufficient food production.

Rollin’s appeal to the ideal of husbandry points beyond his own “social consensus ethic” to a more coherent approach based on a view of being as a “holy order” (“hierarchy” in the etymological sense). On this broadly classical view—manifest in Genesis 1‒3 and Aristotle’s De Anima, among other places—human stewards act as both the benefactors and beneficiaries of the lower animals. As Rollin acknowledges in spite of his atheism, “The ethic of husbandry is, in fact, taught throughout the Bible” (193). According to Genesis, for instance, humans have the unique task of freely receiving God’s creation and enacting its integral order. By perceiving the truth of animals, enjoying the goodness they afford, and delighting in their beauty, humans act in concert with creation. Domesticating animals in accord with their natures demonstrates a recognition of and respect for this order we did not create but have the privilege of stewarding and bringing to fruition. The ethos underlying Rollin’s best ethical recommendations is at least as old as God’s self-revelation to the Hebrew people and is probably older still. Rollin, however, celebrates a “new ‘social ethic for animals’” in line with the progressively inclusive ethos of modern democracy (237). He predicts that our democracy will eventually view the distinction between animals and humans as “morally irrelevant,” just as it has done with distinctions regarding “gender, skin color, and ethnic origin” (46). Although this progressive democratic ethos has sought to overcome real injustice, it errs insofar as it subordinates the truth, goodness, and beauty of creation to human autonomy and social construction. To this extent, it colludes with the technological ideology of human control that Rollin rightly rejects.

John Laracy is a PhD candidate at the John Paul II Institute, currently writing his dissertation on the Trinitarian theology of Hans Urs von Balthasar. 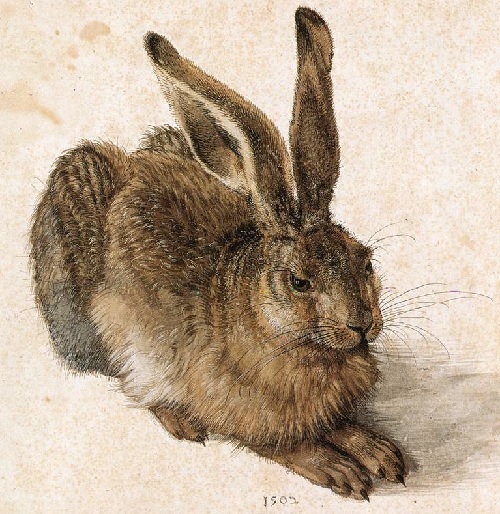