Mosebach, Martin, The Heresy of Formlessness: The Roman Liturgy and Its Enemy (Angelico Press, 2018).

Mosebach, Martin, Subversive Catholicism: The Papacy, the Liturgy, and the Church (Angelico Press, 2019).

Angelico Press has recently published two books of essays from the German novelist Martin Mosebach. The first, The Heresy of Formlessness: The Roman Liturgy and Its Enemy, was originally published in English by Ignatius Press in 2006 but has been recently expanded for the second edition with six new essays. The second, Subversive Catholicism: The Papacy, the Liturgy, and the Church, is a collection of essays published in German in 2012 (while Pope Benedict still reigned) and just recently published in English in 2019. This review will deal with the theme of liturgy in both books.

Since the publication of The Heresy of Formlessness in 2006, Mosebach has been known in America for his lectures and essays on the traditional Mass. In Germany, however, Mosebach is known principally as a popular novelist. As Robert Spaemann points out in his introduction, Mosebach’s status as a “secular” novelist puts him in a unique position to be an advocate for the traditional liturgy in Europe. Thus, the essays of this volume are principally written to a Catholic audience who think of the “old Mass” as simply an outdated and bygone relic. Mosebach wants to reintroduce the ancient form of the Mass to Catholics who have simply never known their own tradition. In some ways, the audience for these essays does not exist in America in the same way as it does in Germany which, even if it is more secular than America, still publicly supports the Catholic Church with taxes and possesses some recollection of being a Catholic country. Most Americans, on the other hand, who read these essays will be already convinced traditionalists.

Given its purpose, many of the essays here on the liturgy repeat arguments that those familiar with the traditionalist movement will know well already. The new form of the Roman Rite, according to Mosebach, was a radical break with tradition and so disconnected generations of Catholics from their rightful heritage; Catholics do not know their faith because the liturgy fails to “incarnate” the meaning in its forms; Sacrosanctum concilium did not intend a massive revolution but a minor reform of the liturgy; the “reformers” of the Mass were pursuing an ideological goal and used whatever arguments available to them to foist their ideology on unsuspecting Catholics; the Church cannot be reformed until the liturgy is returned to its ancient form—or, as the American blogosphere puts it, “save the liturgy, save the world.” Mosebach makes these arguments quite convincingly, and he is adept at giving the best possible presentation of them. These arguments, however, are not unique to these books and are not where Mosebach is at his most evocative and convincing. The most valuable parts of both books, and those where his novelistic skill is most evident, are those where Mosebach contemplates the mysterious relationship between the interior reality of the Mass and its external expression; the integrity of the one thing necessary in the Mass—the Eucharistic sacrifice—and the ceremonies, postures, words, and music which surround it.

The mechanical and technological worldview from which modern man almost instinctively operates renders it nearly impossible for us to grasp the logic behind liturgy and ritual. For us, reality is split between the infinite variations of atomic arrangements and the mind which attempts to impose some meaning on this seemingly chaotic state. The consequence of such thinking is that it is requires great effort for us to conceive of the body as possessing an intrinsic relationship to the spirit. For us, the body and its gestures are inherently meaningless. Against this modern tendency, Mosebach wants to recover the close relationship between what something is and the way it appears, between the physical and the spiritual. He is, he writes, simply a “stone age materialist” who is “one of those naïve folk who look at the surface, the external appearance of things, in order the judge their inner nature, their truth, or their spuriousness.” Mosebach looks at things as if they mean something, as if the exterior said something about the interior (how could a novelist operate without such a belief?), as if “all matter is so full of spirit and life that they simply pour from it.”

It is from this perspective that Mosebach views the liturgy. For Mosebach, no matter where one looks in the ancient liturgy, whether from a distance perceiving the whole action, or up close in contemplation of certain prayers and actions, everything points to and reverberates with Christ’s redeeming action. While only the Eucharist is strictly necessary, each part has, to use Balthasar’s term, an “aesthetic necessity” which can only be understood by grasping the whole form. As Mosebach writes, the liturgy is “a rich image with a welter of tiny details, greater than the sum of its parts; thus it must be contemplated and can never be entirely understood.”

This deep integration of parts to the whole, the essence and the accidents, is precisely what, for Mosebach, makes the Extraordinary Form of the Mass a spiritual treasure for the Church. Like a work of great art, there is nothing “superfluous or unnecessary” in the Extraordinary Form but every part communicates something necessary and worthy of contemplation. Mosebach draws attention, for example, to the various signs of the cross that the priest makes and how even these simple gestures—seemingly incidental and overly repetitive—can draw us into a contemplation of the whole act. This is true even when there are parts which seem out of place. Like in a great work of art, if we contemplate the liturgy conscientiously and “ponder the detail, especially the apparently superfluous detail, we find that the offending element comes unexpectedly to life; in the end it sometimes happens that we come to see it as a special quality to the work.”

The aesthetic necessity of the Extraordinary Form stands in contrast to the Ordinary Form which allows for so many possible variations that every part is, by definition, not integral to the whole action. Since nearly everything is optional and unnecessary, the Ordinary Form, for Mosebach, perpetually communicates the disunity of spiritual intent and external gesture. The plethora of options for both laity and priests in the liturgy contributes to the sense that physical gestures and symbols are merely sentimental adornments to real internal worship. While one could celebrate it quite reverently with the proper chants, reciting the Roman Canon, and in Latin, the very fact that all these forms are optional suggests that they are unnecessary aesthetic accoutrements for elitist retrogrades rather than integral parts of a whole.

For Mosebach, the reformers fundamentally misunderstood the nature of language and communication, thinking that what was “simple” and “clear” was more comprehensible. Mosebach is at pains to show that by making the Mass more “accessible” and “visible,” the reformers concealed its real nature. What they failed to see was that the veiling and concealing is not intended to impart a sort-of mystical air to the liturgy but is instead the mode of God’s revelation of Himself to the world. In one of the more striking essays, he writes:

Veiling, in the liturgy, is not intended to withdraw some object from view, to make a mystery out of it, or to conceal its appearance. The appearance of the veiled thing is common knowledge anyway. But their outward appearance tells us nothing about their real nature. It is the veil that indicates this. If one draws the veil aside, and the veils that lie behind it, like peeling an onion, and penetrates to the core of the mystery, one is still confronted with a veil: the Host itself is a veil.

Given his earlier declaration of loyalty to the sheer appearance of things, this passage indicates the great irony of the sacraments. It is the most humble of human artifacts—bread—which both veils and reveals the greatest reality of all. The layers of veiling present in the ancient liturgy were intended not to hide this great mystery, but to reveal it in all its splendor.

It is unfortunate that Mosebach declines to consider whether anything at all of value might be derived from the liturgical documents of the Second Vatican Council or the implemented reforms. This view ignores, I think, real benefits that have been derived from the Council’s teaching on the liturgy. Take, for example, the often misunderstood and maligned increase of actual lay participation during the Mass. The 1970 reforms made lay participation an integral part of the public Mass rather than an option as it had been in the 1962 Missal. Though we might decry the abuses of “active participation,” it seems that a strong argument (on theological and historical grounds) can be made for the integration of the laity into the bodily act of ritual through the recitation of certain prayers (the Confiteor, the Credo, the Psalms) and the enactment of certain gestures (kneeling for the Eucharistic prayer). This need not be banal “activism,” nor must it involve a confusion of the priesthood and laity. Participation by the laity through gestures and words is an integral part of the spiritual participation in the eucharistic sacrifice and the Council and the subsequent Magisterium all rightly emphasized this element of liturgical worship. Real fruit has been produced from this emphasis.

Indeed, the emphasis of the Council on increased attentiveness and actual participation of the laity in the Mass is certainly one of the causes of the traditional Mass movement itself. Mosebach himself recognizes that the great treasure of the Mass had become mostly invisible to mid-century Catholics and that the laity considered the Mass principally a matter for clerics. In his own family, for example, his mother waited until the bells rang out after the Gospel before she began walking from their home to the village church. That way, they could arrive in time for the consecration without having to listen to the homily (a misguided if sometimes understandable approach). Mosebach acknowledges that this sort of legalism was the norm for his parents’ generation. It is, of course, this regrettable state of affairs that gave rise to the reform of the liturgy and the Council’s emphasis on the need for actual participation in the liturgy. We can rightly criticize some of the implemented reforms (which must be separated from the actual Council) while also recognizing the benefit of the emphasis of the Second Vatican Council on the role of the laity in the common prayer of the Church. This teaching has born great fruit in those who have taken its words seriously and in faith. The irony here is that those who now attend the Extraordinary Form do so with a level of interior and exterior participation and understanding that was vanishingly rare before the Council.

Amongst the abundance of books about the liturgy that have been published over the past decade, Mosebach’s work stands out as exemplary. Writing about the liturgy suffers the same problems and temptations as writing about art: focus on meaning comes at the cost of perceiving individual beauty while focus on the particular comes at the cost of meaning. In either case, the spirit and power of the actual work of art is lost. Mosebach’s great skill lies in perceiving and describing the right detail, the right gesture or word, which reveals the meaning of the whole at once. 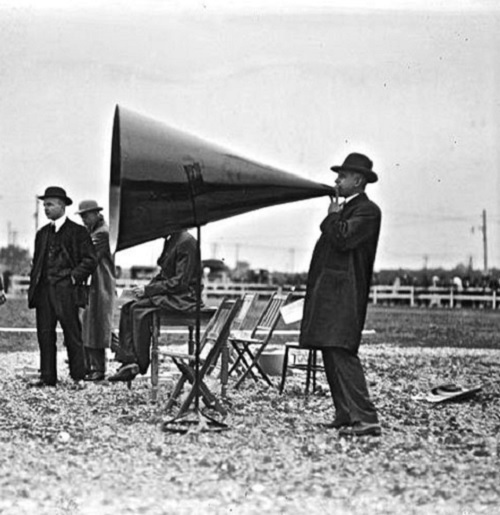