Larry Rosen, iDisorder: Understanding Our Obsession with Technology and Overcoming Its Hold On Us (Palgrave Macmillan, 2012, 246 pages).

The Western world’s relationship with technology is “enmeshed,” as Dr Larry Rosen argues in his book iDisorder, and as such, it “can cause significant problems in our psyche” (p. 4). One only needs to look around to see that something is amok – drivers texting while speeding down the road, pedestrians sporting fashionable earbuds, friends at a local restaurant who have their phones out on the table, texting other people rather than conversing with those around them. And, if we are each honest with ourselves, then surely we cannot simply point fingers at the masses; we must admit that perhaps each of us has an unhealthy relationship with technology. (I, for one, just checked my phone as I was writing the last sentence to see if anyone had called or texted me since I had last checked thirty minutes prior. No one had, by the way. What was I doing again? Oh – writing. Moving on.)

It is precisely these widespread trends, with the emotional and psychological baggage they seem to carry, that has caught Dr Rosen’s attention in iDisorder. The smooth, user-friendly ease of these technologies compels our use, he writes, and in fact fosters “our obsessions, dependencies, and stress reactions” (p. 4). They “daily coerce us to act in ways that may be detrimental to our well-being” (p. 5) for “the way we interact electronically with the world – including our friends, acquaintances, and even strangers – tends to produce psychological disorder-like symptoms that are being ignored as we quietly slip into a technology-induced iDisorder” (p. 12).

Dr Rosen is not talking about a definite, diagnosable disorder with a set of measurable symptoms, but something fluid enough to be unique to every particular person: each has his own iDisorder (p. 15). This is the case because technology use, he argues, can manifest psychologically disordered symptoms that are already latent within the person. In some cases, technology use can even cause such symptoms to manifest themselves in persons who do not have any latent symptoms. Whatever the particular case may be, if technology and social media use is one of the causes for these psychological disorder symptoms, Dr Rosen suggests that the person has an iDisorder. Although nearly everyone uses these technologies daily, the relationship is only an enmeshed one if it interferes with “normal” life activities (p. 189); nevertheless, given that over-reliance on technology has become the “new normal,” as it were, we are all at risk of contracting an iDisorder.

Dr Rosen’s task is to help his reader “recognize the signs and symptoms” of his own unique iDisorder. Ten chapters are devoted to ten particular psychological disorders whose symptoms most commonly appear with technology use. He identifies Narcissistic Personality Disorder, OCD, addictions, depression, ADHD, communicative disorders, somatoform disorders, eating disorders, and schizophrenia – all of them disorders found in the real world. He then illustrates how many of these symptoms unveil themselves as we use technology, linking such “disorder-like” behaviors “to the internal, virtual world that we inhabit many hours a day” (p. 12). At the end of each chapter, Dr Rosen offers a list of suggestions to help the reader overcome his iDisorder by giving him tools that would enable him to take control of his relationship with technology.

Though Dr Rosen promises to paint us a bleak picture, he hardly advocates a flight to the fields in persuading his reader to give up technology. “I am not anti-technology,” he writes. “Far from it…. I carry a smartphone and an iPad and spend hours texting my kids and friends” (p. 4). “We are way past the point of no return,” and so it is impossible to propose that one give up technology, even for a day (pp. 5-6). The goal of Dr Rosen’s book is simply to make his reader aware of his relationship to technology and how it may influence his behavior and psyche. “Paying attention,” he writes, “is half the battle” (p. 219).

Indeed, paying attention is half the battle, and this is Dr Rosen’s strongest insight. He does succeed in encouraging the reader to pay attention to his enmeshed relationships with technology – but, because the level of introspection in the book is not particularly deep, his argument and the enmeshed relationship it describes remains at the level of appearances. Dr Rosen is careful to say that technology use does not cause psychological disorders, so he instead writes that technology use “tends to produce disorder-like symptoms” (p. 12). In nearly each chapter, the language Rosen employs is one of appearances: technology makes us “appear as though we may be depressed” (p. 76), or “as if we have ADHD” (p. 105), or we may be “looking narcissistic” on our Facebook page (p. 28). Such language suggests that the relation between technology and our psyche is merely superficial. Given the problem which Dr Rosen has himself observed and which compelled him to write this book, this simply cannot be the case. Further, in pitting “real” psychological disorders against the symptoms it may share with our “virtual” behavior, the reader is left to wonder if an iDisorder is real, or merely virtual, or what is the relationship between the real and the virtual, or, for that matter, what “real” and “virtual” even mean.

One is able to see the limits of Dr Rosen’s thesis in his chapter on the “schizo group” of psychological disorders (p. 170). He lists the symptoms of such disorders and then describes how they are manifested in technology users. For example, delusional thinking (“the voices made me do it”) can be seen as a driver attempts to speed through a lake because he obeyed that cool British voice sounding from his GPS device telling him to continue driving 1.6 miles. Or, take the woman at the grocery store who appears to be talking to herself but, upon closer observation, is only speaking to someone on her Bluetooth device – she too is manifesting symptoms of a “schizo” iDisorder (pp. 174-5). Even though these two people are not “paying attention” to their relationship with technology (nor, perhaps, to reality), these “schizo symptoms” hardly betray a latent schizophrenic disorder, nor a propensity to develop one. The “voices” they hear, after all, are really there.

This particular chapter clearly shows Dr Rosen’s argument at its weakest precisely because he cannot move beyond the level of appearances. As a result, the reader is left wondering not only if technology has a serious affect on our behavior and psyche, but also (and more importantly) what is meant by reality, and what is at stake here. Of course, reality always has a way of revealing itself. Nearly every list of suggestions at the end of each chapter advises the reader to “unplug” and reconnect with nature or engage in some “real-world” communication – though the reason why this is so important, and even the distinction between “real” and “virtual” communication itself, remains fuzzy.

Dr Rosen is unable clearly to articulate the problem he cannot help but see; nevertheless, the questioning is not for naught, for, as Martin Heidegger wrote, “The closer we come to the danger, the more brightly do the ways into the saving power begin to shine and the more questioning we become” (The Question Concerning Technology). The questioning, as it turns out, is the greatest (if unintended) strength of Dr Rosen’s book. 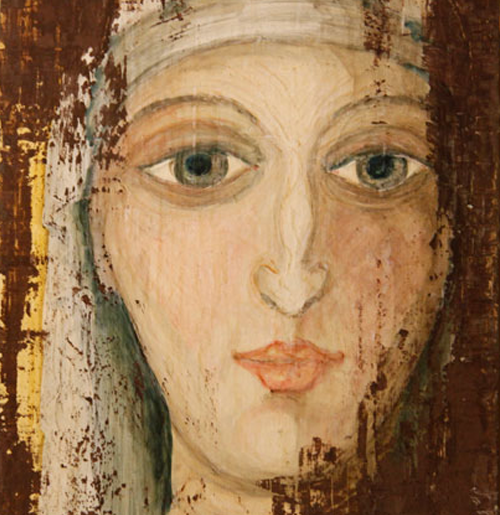