An interview with Italian philosopher Augusto Del Noce appeared in the December 1987 issue of Litterae Communionis. The below translation appears here with permission.

Q. Professor, what are, in your opinion, the greatest obstacles to the realization of religious freedom in the West? In what sense is it the foundation of a lasting peace?

Del Noce: The first freedom, and the precondition of all others, is religious freedom because it is based on the principle that life can only be welcome as truth. Therefore, truth and freedom are related terms, and the primacy of truth is the foundation of freedom. Understanding this is extremely important, because it leads to a conclusion that people often (not to say generally) fail to recognize: whoever separates freedom from religion must fall into permissivism, which I think can be adequately defined precisely as freedom from religion. Permissivism is the anarchical, and at worst satanic, deformation of freedom that prevails in the West today.

Permissivism, which is the attitude that derives from the conception that separates and mutually opposes freedom and religion, is also the negation of the idea of peace. It is true that the opposite thesis, which links together [the] spirit of peace and instinctual freedom, has been widespread in recent years and still today keeps inspiring, at least to a large extent, the ideology of the Green parties. But this thesis is utterly baseless. Permissivism excludes the idea of morality, and in that respect it is an indirect proof of the necessary link between morality and religion. The idea of morality is tied with the idea of sacrifice, and this latter is tied with the distinction between a higher and a lower part of the soul, at least since Plato.

The permissivist rejection of morality leads to pure ego-centrism, to the realization of the homo homini lupus, of the bellum omnium contra omnes. It is not by chance that today, among all the classics of politics, Hobbes is the most fashionable. It is true that today there is also the most imposing of all Leviathans, the atomic bomb. But if it has been enough, and probably will be enough, to prevent a world war, it is not true at all that the spirit of peace has increased. Just think of so many local wars, or of the indifference in rich countries (including Italy, today) towards the millions of people who starve to death, as a result of economic policies that also fall within the general category of war.

The phenomenon of permissivism—which, when considered in depth, has no historical precedents, at least in terms of how widespread it has become—clarifies (and this is a topic that ought to be carefully studied) the connection between freedom and religion, and conversely what happens when they are separated.

Q. Western societies formally respect religious freedom. However, the common mentality seems to be determined by secularism, namely the conception that views God as irrelevant to the concrete field of daily human interests. In what sense does this mentality constitute a threat to religious freedom?

Del Noce: I have often emphasized the qualitative difference, which manifests itself also in behavior and language, between the Western secularism of the past (and not even a very remote past) and the secularism of today. I do not like to repeat myself, but the point is too important not to insist on it.

The common feature of the two secularisms is the confinement of religion to the private sphere, while professing the legal recognition of religious freedom. However, the old secularism talked about a common morality shared by Catholic and secular people; today’s secularism talks about common values. It seems a purely terminological question, but it is not. “Moral” is a word that evokes the ideas of obligatoriness and duty, of accepting some sacrifice, of renouncing ego-centrism; on the contrary, “value” is what is instrumental for my realization. It is a term that arrived at ethics passing through economics, and which still maintains an utilitarian reference. When a secular person of the old kind told a Catholic “your religion is a private matter” he just implied that the believer’s conviction about the existence of a supernatural reality is “his own business,” inasmuch as it cannot be demonstrated, but this did not take away the recognition that for the believer this was a truth, and generally it underscored a substantial agreement about the commandments.

Everything changes when the truth is replaced by values. It is hard for “values” not to have the characters of multiplicity and subjectivity. What “has value” for my realization tends to replace the “true” and the “good” and their obligatory character. Religion’s character as “truth” is somehow forgotten compared to its character of being “vitalizing.” Everybody is free to resort to such vitalizer. It seems that nobody speaks against religion any more. Unlike in the East, in Western countries religion is the object of benevolent tolerance.

This apparent respect must not deceive us; the attitude of today’s secularism is more dangerous than an open kulturkampf. It differs from it in this respect: religion is destined to die out; let us perform a slow euthanasia; in a quarter of a century the Catholic Church will be reduced to the size of an essentially harmless sect.

The powerful people of the past thought that religion was good for the commoners; it was their “opium.” In the current age of consumerism, this function has been taken over by libertinism, which in ages past was the prerogative of certain privileged social classes. If we look closely, the spreading of pornography has no other motivations, and this explains why it is protected. In fact, already in Sorel we can find hints about this new type of “opium of the people.”

Permeating daily life has always been essential to religion. I would say that re-affirming this has never been as important as today, when many Catholics not only forget it, but affirm as a matter of principle the full autonomy of politics and of all other worldly activities.

Q. The dominant culture in the West seems to have undermined the very foundations of religious life: the religious sense. What are the factors of this phenomenon?

Del Noce: The nineteenth century and the first half of our century had tried to replace transcendent religions including the most important one, Catholicism, with secular religions: the religion of Humanity, of Freedom. The most important example of a surrogate of religion was Marxism, but also, in their own way, Fascism and Nazism.

The great novelty, which already developed over those years and then exploded in the following decades, has been the secular abandonment of “surrogate religion.” In what way? Religious revelation is the answer to a question that arises in the heart of man. The effort by today’s secularism is no longer to fight against the answer, but to eliminate the questions. For example, if in reference to Marxism it still made sense to speak of a secularized gnosis, what is widespread today is scientistic agnosticism.

Q. What are the responsibilities of the Catholic Church in the process of de-Christianization of society? Along what lines is a come-back possible?

Del Noce: The crucial point is the following: in the years after the Council, the modernistic positions that had already appeared at the beginning of the century, and that at that time had been condemned (we now see the truth of the attitude taken by the Church), have re-emerged in a form that propels their development. The fashionable sentence in the sixties was the “opening of the Church to the world,” that is, the reception of Marxist or secularist modern and contemporary history; and this precisely when Marxism and secularism already showed their character of crisis, which has become fully manifested in the years we are living—at least ideally, because at the practical level the networks of interests that secularism can mobilize is enormous. Regarding ways of coming back, there is no other answer except that the task of Catholics can only be that of digging deep in their ideal tradition, and of making visible and explicit its virtualities; and not of trying to adapt to positions that present themselves as opposite to them, even if these positions are attractive because of their flair of modernity.

The experience of modernization has already taken place, and we saw its results. 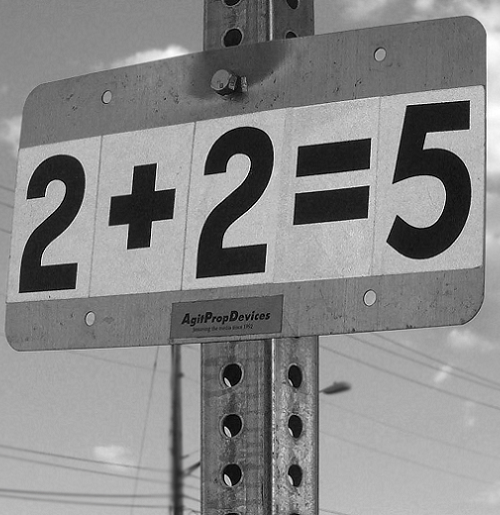