It’s been said that when you learn a language you learn a culture. Language is more than a tool for communication; it is in some sense a living icon of a people and their way of life. This is what Helena Drysdale set out to explore in her unconventional travelogue Mother Tongues: Travels through Tribal Europe. The reader is bundled off along with Drysdale’s young family in a mobile home (affectionately called “the Mob”) in search of various tribal language groups of Western Europe. For eighteen months the author vividly and bracingly documents their travels from the Arctic to the Mediterranean. The characters they meet along the way are equal parts fascinating, eccentric, lovely, and enigmatic. Drysdale is searching for ancient language communities, most especially those that have been marginalized, cross modern borderlands, or have been seriously endangered because of systemic legal action as opposed to organic development. Not all stories are the same, but each has a story to tell. As she put it, she wants to know “not just who they were [as a people], but who they thought they were.” At the time the book was written (1997) nearly half the world’s 6,500 languages were on the brink of extinction. What is lost when a language is lost? Certainly more than sounds and syllables; a whole culture begins to fade as its language does. While Drysdale’s main concern is language, hers is not simply a philological expedition. The mutually reinforcing influences of language with history, politics, religion, social class, art, and topography are explored. The whole world of a people is unfolded, with language as the animating center.

The Drysdales travel to regions and encounter mother tongues that the modern reader may not be familiar with: Ladin, Provençal, Frisian, and Corse to name a few. And each of these is full of texture and life, containing many dialects within its language group. What makes a language different than a dialect is a debated issue. Drysdale points out that a dialect is typically considered a language when it is “sufficiently different” from another dialect so as to be mutually unintelligible, having differing grammar, vocabulary, and syntax. The difficulty is that “sufficiently different” can be a subjective term and one open to artificial pronouncements for the sake of national unity. For example, while in France, an acquaintance of Drysdale’s insists that in addition to French, France boasts Celtic Breton, Romance Occitan, German Alsatian, and Basque Basque as other language groups with their own histories and cultures. Though not officially recognized as such, they are not derivatives or dialects of French.

The diversity of language, dialect, and culture is ultimately rooted in one’s place. Drysdale makes much of this, pointing out how language groups formed organically for topographical reasons more than political allegiance. For example, the Basque valley people (in modern-day Spain) are united north-to-south because of how the mountain ranges are set. In her introduction she writes, “I was investigating speakers of language rooted to a place, and the relationships between them and that place.” Nothing represents that more than the Sami people, who inhabit the northern reaches of Scandinavia. They were traditionally a nomadic people, living in movable koti, making a living herding wild reindeer. Their life and their trade were determined by the weather and the vicissitudes of the natural world. It’s no small wonder, then, that they have no less than 160 words for “snow.”

The journey begins in Provence, France, then the Alsace region on the border of Germany and continues to the autonomous region of the Åland Islands and Scandanavia. The route winds back south through Denmark, Germany, Netherlands, and Belgium to Spain’s Catalonian and Basque regions, to the islands of Corsica and Sardinia. The circuit completes in FYROM (now Republic of North Macedonia), Tyrol and the Ladin, and finally back to Brittany, in France. Several maps are included in the volume for the reader to trace out the path as each chapter unfolds.

Along her way, Drysdale begins to discover the difficulties connected to the disappearance of some of these mother tongues. She sees the threat as both internal and external. The internal threats are twofold. First is the difficulty of various dialects and subdivisions of a given language group that is sometimes highly regionalized. For example, Corse is considered a single language (spoken on the island of Corsica) with three main dialects, and yet there is a plethora of local nuances so that the word “dog” to one Corsican is “carne” and to another it is “largaro.” A second internal difficulty is the fear of being thought unmodern or of a lower class if one speaks his mother tongue, as Drysdale found especially in Sardinia. With the legal suppression of the mother tongues in favor of a single national language, such languages were excluded from places of education, business, and politics. The external pressure even took the form of punishment. In Provence (as in many other places) if you were caught speaking Provençal in school you were punished and publicly humiliated. In fact until the 1980s it was illegal to teach school in the Sami language. Diversity was excluded in the name of unity. Add to that the complication of shifting national borders due to war, treaties, or other forms of re-allocation. Because of Hitler’s connection to Mussolini, the region of South Tyrol that was previously part of Austria was given to Italy. Now you have German, Italian, and Ladin speakers all in one nation. Drysdale met a couple in the Ladin-speaking region of South Tyrol; the man’s second language was German, as he was schooled when the region was part of Austria, while his wife’s second language is Italian, as she was schooled when the region was Italian. When asked which nationality they felt more like, the reply was complex: in language the Ladin speakers feel more Italian, yet their culture and lifestyle is totally German.

What, then, of the connection between a language’s origin and its inevitable evolution? Does the preservation of language matter? How does one keep a tribal culture alive while growing into (and with) the modern nation state? This is a theme Drysdale grapples with masterfully, giving full weight to history, tradition, and the demands of the current situation. She also considers the differing responses of each people in how they relate to their own mother tongue. She distinguishes between two prevailing attitudes that she calls “state nationalism” and “popular nationalism.” State nationalism tends toward a violent demand for independence, as seen in organizations such as the ETA revolutionaries in Spain and the wars of the Balkan states. But there is also a popular nationalism characterized by a passionate love for the uniqueness and beauty of one’s own tribe. Drysdale finds this positive tribalism hopeful and sees greater acceptance of bilingualism as the way forward. Writing in 1997, she looks expectantly to the European Union to promote  such a path forward, allowing more unity and diversity, or as she describes it, allowing both centrifugal and centripetal movements to exist together. We don’t have to choose between homogenization and xenophobia.

Drysdale’s Mother Tongues is enthralling, vibrant, and provocative. One truly feels transported to the heart of a people through her writing. The work is well-researched and despite its length proves a quick read. While she provides some concluding insights, there are several tensions she leaves unresolved, both linguistically and in herself, some of which she acknowledges. She exults in their mobile unit as the epitome of freedom, and yet looks disapprovingly on a younger generation that wishes to leave their parents’ way of life in favor of new adventures. While reading I was sometimes distracted by her thoroughly twentieth-century, middle-class outlook, and her impatience when encountering a narrative she disagrees with; yet for all this perhaps she was simply being consistent with her cultural background. In addition, these tensions somehow add to the draw of the book, for it challenges your own way of looking at culture, time, and the meaning of change. Drysdale makes philology alluring, and I found myself daydreaming over the evolution of a word and researching the current status of these mother tongues. As Helena and her husband set up “the Mob” for one last night of camping, with their girls Tallulah and Xanthe tucked into bed, the reader joins them in a sense of sadness that the journey is over. And yet if the author has done her job, this will continue to inspire you long after the last ferry crosses home to England.

Meghan Schofield is a PhD Candidate at the Pontifical John Paul II Institute in Washington D.C. She is also the author of the middle school portion of ROOTED: Theology of the Body supplemental curriculum series. 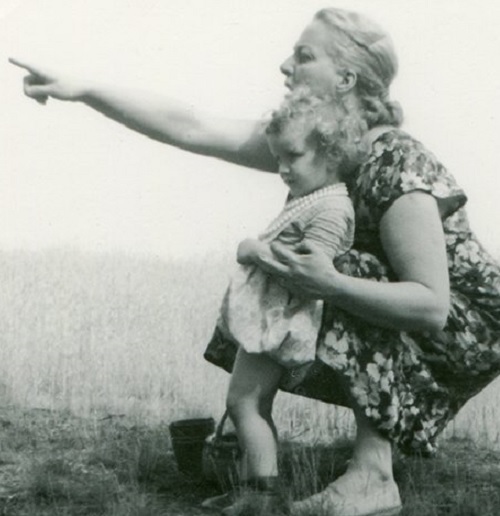