Sarah, Cardinal Robert and Nicolas Diat, The Power of Silence: Against the Dictatorship of Noise (Ignatius Press, 2017).

Noise is one of the constants in our modern world. Visits to the doctor’s office or the corner pub require one to brave a cacophony of sound and visual stimuli. Think of the last time you were in shop or restaurant without loud music and flashing televisions. Even in my small office building, there is a television in the lobby blasting out the latest headlines while one waits for an elevator. And this is just the “noise,” the distractions that are external to our own persons. In the last decade with the introduction of the smart phone, the noise and distraction are now on our persons. On my phone there are six different ways someone can reach me directly—through phone, text, or various forms of electronic messaging. Unlocking my phone to do one task almost inevitably leads me to some other distraction: something to Google, news to check, a message from an old friend. Our churches, which should be sanctuaries from the relentless noise of the world, are filled with the same distractions. As soon as the communion song is finished, the choir is launching into its next song. The idea of letting congregants pray silently after communion is rejected. At a Mass I attended recently, the lyrics of banal hymns were projected onto screens, adding yet another distraction to the mystery occurring on the altar. We are overwhelmed both by the noise of the world and the noise inside ourselves. It seems we fear silence, and so have become the complicit victims of a dictatorship of noise.

It is this reality that Robert Cardinal Sarah addresses in his most recent book, The Power of Silence: Against the Dictatorship of Noise. The book is a long interview with French journalist Nicolas Diat. Sarah takes on the “worldly powers that seek to shape modern man” and “systemically do away with silence” (24). According to him, noise is a sort of “drug on which [man] has become dependent… Agitation becomes a tranquilizer, a sedative, a morphine pump, a sort of reverie, an incoherent dream-world” (33). Sarah observes:

Noise surrounds us and assaults us. The noise of ceaselessly active cities, the noise of automobiles, airplanes, machines outside and inside our houses. Besides this noise that is imposed on us, there are the noises that we ourselves produce or choose. Such is the soundtrack of our everyday routine. This noise, unconsciously, often has a function that we do not dare admit: it masks and stifles another sound, the one that occupies and invades our interior life. How can we not be astonished by the efforts that we constantly make to stifle God’s silences? (83)

Ultimately, Sarah’s book is about each man’s search for God—a search that is “not just about a geographical solitude or movement, but about an interior state” (23). As Sarah says: “It is not enough to be quiet, either. It is necessary to become silence” (23). Silence is “not an absence,” rather, “it is the manifestation of a presence, the most intense of all presences” (27). Sarah wants to help men and women sweep away the noises and distractions that prevent them from meeting that Presence and responding to his love. His desire, like that of his friend, Pope Emeritus Benedict XVI, to whom the book is in part dedicated, is to help mankind see the centrality of God to everything. The choice really is nihilism or God; which was the subject of God or Nothing, Sarah’s previous collaboration with Diat.

Just as in that book, here Sarah reveals himself as a spiritual master. Indeed, these two books are modern spiritual classics that will be read for centuries to come. I could hardly make it through more than a few pages of The Power of Silence without underlining numerous passages. Sarah’s chief strength in this book is diagnostic. He has a clear vision of what ails modern man. Time and time again, I was drawn short by a line that seemed to capture my experience and daily reality. There is a great strength in having someone point out those things that wear us down but too often remain nameless. After reading Sarah’s book, I have a greater awareness of the evil—I use that word intentionally—that comes from the frenetic nature of my daily life. I am not simply running myself ragged: I am obscuring the very voice of God in my life. The noise that presses in upon me and that I let steal the peace in my heart, blocks me from asking the deepest questions about existence, meaning, and destiny. The dictatorship of noise prevents me from knowing God and myself.

However, Cardinal Sarah’s book is not merely diagnostic. He suggests cures to what ails us. Befitting his role as the Prefect for the Congregation of Divine Worship, some of his strongest prescriptions are liturgical. Here too, he follows his great friend and mentor, Pope Benedict. Like Benedict, Sarah recognizes that the liturgy is the place where the faithful most directly experience the Church. Concern about the liturgy is not about mere aesthetics or things extrinsic to our conversation with God. Rather, the liturgy is a privileged locus for God to speak to us. This, of course, necessitates silence. As Sarah admonishes: “Sacred silence is a good belonging to the faithful, and clerics must not deprive them of it” (124). The last thing the faithful need is for the Church to add to the incessant noise of the world.

Sarah is honest about the fact that, too often, our liturgies, rather than being transcendent, are pedestrian and mimic the noisy freneticism of the world. He observes that since the Pauline reform of the liturgy in the 1960s “sometimes in the liturgy there is an air of misplaced, noisy familiarity” (123). Indeed, some priests “are afraid that silence in the presence of the Most High might disconcert the faithful” (123). Yet priests must allow the people to participate actively in the silence of the liturgy. This silence “veils the mysteries, not to hide them, but to reveal them” (127). Furthermore, Sarah reemphasizes a proposal for which he has taken much (ahistorical and unfair) criticism: in our liturgical celebrations, we should return to the common orientation of priest and faithful toward the liturgical east. Sarah believes this external sign will help “everyone to understand that the liturgy turns us interiorly toward the Lord” (132). It also will help the priest to be “less tempted to become a professor giving a lesson throughout the Mass” and to allow the “whole assembly” to be “drawn in after the priest by the silent mystery of the Cross” (133).

Cardinal Sarah, who comes from a simple background and a poor country, also extols the virtues of poverty in the quest for coming to know God in silence. “If we are loaded down with an excess of wealth and material goods, if we do not strip ourselves of the ambitions and devices of the world, we will never be able to advance toward God, toward what is essential in our lives” (169). Poverty, thus, can become the means to detach ourselves “from anything superfluous that would be an obstacle to the growth of the interior life” (169).

This book is a spiritual guide, helping men and women to understand why they feel ill and pointing them toward the recovery of the interior life. It is by renewing this interior life that each person will come to know his origin and destiny in God and be able to battle the meaninglessness that modern culture attempts to obscure through noise. 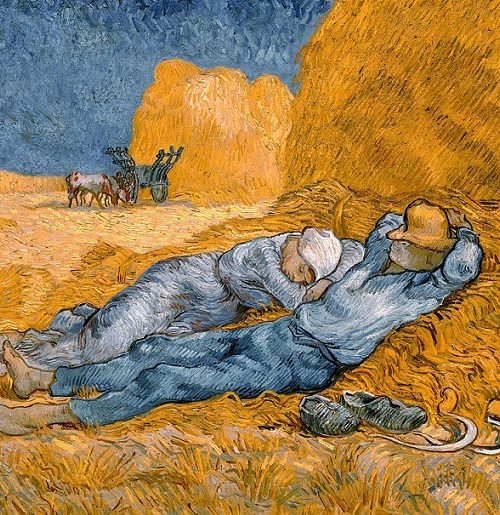