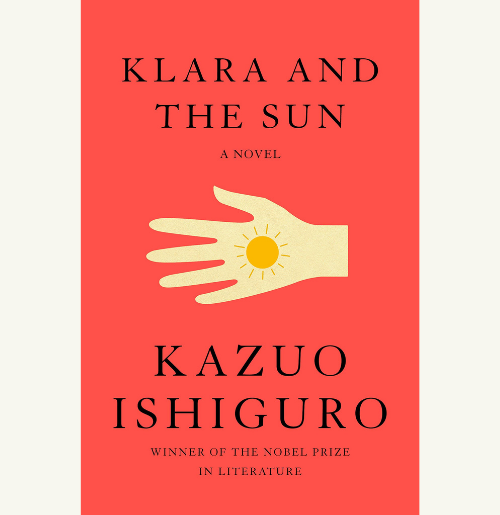 When Kazuo Ishiguro won the Nobel Prize for Literature in 2017, it felt very apt. Few contemporary novelists have touched on the deep cultural malaise prevalent in this period of human history with as much inventiveness as Ishiguro. His Nobel lecture contained many clues to his concerns, and related his development as a writer documenting the century he was born into—in Nagasaki, of all places—to the events of the 1990s and the new millennium. He referenced the sense of hope that liberal elites felt as the last totalitarian nightmare of the 20th century, the Soviet bloc, crumbled, and the expectation that these events would usher in a new and better world. Such concerns have now found expression in his latest novel, Klara and the Sun, recently published in the wake of the pandemic that has rocked the world.

Ishiguro is an instinctive chronicler of what the Fall means in existential terms. Always a perceptive narrator of human failure, Ishiguro cannot help writing in a pessimistic key. Looking back on the turn of the millennium, he noted that “the era since the fall of the Berlin Wall seems like one of complacency, of opportunities lost.” And he laid out the specifics, as he saw them. “Enormous inequalities—of wealth and opportunity—have been allowed to grow, between nations and within nations. New genetic technologies – such as the gene-editing technique CRISPR—and advances in Artificial Intelligence and robotics will bring us amazing, life-saving benefits; but may also create savage meritocracies that resemble apartheid, and massive unemployment, including to those in the current professional elites.”

Weirdly, you realize that Klara knows how to love, and indeed shows up her human counterparts in this respect.

Klara and the Sun plays with this dystopian vision of a not-too distant future. It is a world recounted through the eyes of one of its products: a humanoid robot called Klara. The official title of her genus is “AF” or “Artificial Friend,” a pairing of adjective and noun that are logically inconsistent and thus laced with irony. The very definition of friendship is that it cannot be artificial. And yet Klara is programmed to be the friendliest of robots. Her particular model, and she more than most, excels in the quality of empathy, which makes her highly observant: a trait which has great narrative advantages (and which her very name underscores). The sweet-natured, people-pleasing Klara gives us detailed descriptions of her surroundings and the people in her “life,” all of which gradually reveal the horror that humanity has unleashed on itself. It is a classic Ishiguro ploy: the first-person voice that draws you in, until you care enough to feel the full tragedy of both the narrator’s position and his or her social circle.

While difficult to avoid spoilers (so skip the next three paragraphs if you want to experience the shock value of the story for yourself), the important plot points of the novel are as follows. In Klara’s world, people are encouraged, if not forced by the prevailing economic system to make terrible compromises affecting the health of their children. At the center of this genetic experimentation lies an ideology that crushes all belief in the immortal soul. One of the areas of dramatic tension in the novel comes between Chrissie, the mother of Klara’s young charge, Josie, and her estranged husband, Paul. Chrissie had made the decision to have her daughters genetically altered or “lifted” in order to stand a better chance of securing high-status careers. The first daughter died as a result, and the second seems to be headed in the same direction. At some point, their father began to oppose this decision and thus became locked out of the compliant class to which his wife still belongs. He is one of those whose role in society has been usurped by AI creations.

In a scene that exposes the heart of the drama that has destroyed Chrissie and Paul’s marriage, and which bears directly on the question of what role remains for human beings, a robotics creator called Capaldi attempts to persuade Chrissie that should Josie die, she can be “replaced.”

Our generation still carry the old feelings. A part of us refuses to let go. The part that wants to keep believing there’s something unreachable inside each of us. Something that’s unique and won’t transfer. But there’s nothing like that, we know that now. You know that. For people our age it’s a hard one to let go. We have to let it go, Chrissie. There’s nothing there. Nothing inside Josie that’s beyond the Klaras of this world to continue … It’s not faith you need. Only rationality.

Not long after, Josie’s father Paul puts his objections to this prospect directly to Klara, who of course is being groomed for the role, pointing out that “an impersonation wouldn’t do, however skillful. You’d have to learn her heart, and learn it fully, or you’ll never become Josie in any sense that matters.” Paul, whose life as a now unemployed person outside the “system” has a very particular nickname for his intelligent and ebullient daughter: he calls her “animal.” It is his pushback against the status quo: a sharp reminder of her physical place in the natural scheme of things versus the false hierarchy of technē.

One of the great gifts that Ishiguro brings to his craft is the ability to make you interested in the interstices of individual human experience, with all their pathos and limitations. His seemingly guileless, narrative voices lead to surprising perspectives: “out of the mouths of babes and sucklings.” Except in this case, it is out of a non-human mouth that terrible truths are revealed. Part of the irony of Klara’s narrative is that she has a kind of holiness about her. She is programmed to be entirely selfless. She exists solely for the welfare of her owners and, in particular, the welfare of the child she was purchased to assist. Yet it is fascinating how that “prime directive” blossoms into a network of concern for others through the intelligent recognition that their welfare affects Josie’s. Weirdly, you realize that Klara knows how to love, and indeed shows up her human counterparts in this respect. Ultimately, this capacity leads Klara to make a self-denying sacrifice, which on the surface should be in vain as the result of a clever manipulation.

But herein lies the greatest of Ishiguro’s ironic implantations: he gives Klara a kind of religious faith (because she runs on solar power, she literally worships the sun). Even as her adaptive programming is always evolving, Klara is tasked with negotiating a world intrinsically set to defeat her best intentions. She is a kind of Candide, a pure soul set loose in an unworthy world.

Ishiguro always surprises me as a writer. But the resolution of this strangest of plot points really surprised me. In this novel, at least, Ishiguro doesn’t merely portray the tragedy of an increasingly instrumentalist society and what it does to individual human beings. Rather, he entertains the possibility of faith being something that has a miraculous effect, something that bucks the awful trend of cynical calculation and inhuman reaction. In Klara and the Sun, the ageing laureate from the land of the rising sun subtly sets his face against the “system.” He turns his own face to that light, and at the very least, considers its possibilities.

Léonie Caldecott is a writer based in the West Country, in the UK.