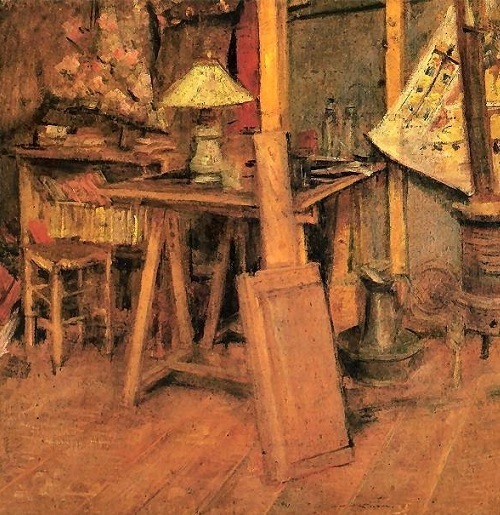 A fictional character must be interesting, attractive and entertaining, and in some sense 'real,' but can be this in different ways. Susan Carter in the BBC's radio series The Archers is 'real' as well as entertaining; but I wouldn't expect to meet her in your village, if you live in one. This is because, like Mrs Gamp or Mistress Quickly, part of her interest is that she combines exaggerated attributes found in many women of her age and background, unintentionally mischievous, but not malicious, preferring spicy gossip to unappetising talk about pigfeed-prices. But there's something particular about a fictional character on radio who's not just the product of a gifted scriptwriter: the inimitable and irreplaceable voice of the actress who plays her. This is rarely the case with 'great' fictional characters, even in filmed or broadcast form. Shakespeare's Fat Knight appeared in two History plays and after being killed off in a third was brought back to life in a comedy, The Merry Wives of Windsor, because Queen Elizabeth 'wished to see Falstaff in love'. Unlike Susan, Falstaff can be acted in many different ways: Some actors bring out his outrageous wit and humour, some his troubled melancholy.

Literary personages of the higher order – and more in plays than novels – possess a 'variability' that gives them strong claims as a 'favourite character'. For don't we think of ourselves, in Jacques' words, as each in our time playing many parts? Whether in the temporal phases of life, or in our familial, social and professional 'roles', we sometimes ask with King Lear, 'Who is it that can tell me who I am?' Is this what Shakespeare was doing around the time he wrote Hamlet (1601), at the exact centre of his 20-year career? In Sonnet 53 I imagine him looking into a mirror and asking himself: 'What is your substance, whereof are you made, / That millions of strange shadows on you tend?' It resembles the overwhelming question raised by the play's hero: Why do I, why does anything, exist? 'To be or not to be, that is the question' voices an even more universal problem than King Lear's: not so much about identity, as being.

If this sounds a bit abstract, as if Hamlet were a mouthpiece for his author's musings on life, and all of him packed into one soliloquy, I hasten to remind myself of the colour and complexity of a character who is surely (in Hopkins's words) 'counter, original, spare, strange.' Like Dr Johnson I admire the play's 'variety' and find Hamlet the most various – indeed variable- of all Shakespeare's characters. In the theatre, every actor must select and emphasise certain features; but the reader can obtain a fuller sense of Hamlet's inexhaustible diversity. That diversity comes, I think, from the author's pouring so much of himself into his character. I don't mean that Hamlet is to any serious degree a self-portrait. But equally I cannot see Hamlet's views on drama and the best way to act as simply an attempt to make him a rounded 'novelistic' character, with interests ranging from fencing to recorder-playing. For surely it's Shakespeare's voice we hear in Hamlet's insistence that the 'end of playing… is to hold as 'twere the mirror up to nature' (III ii 20-2). Can we be mistaken in thinking Shakespeare admired a play 'set down with as much modesty as cunning [restraint and skill]' and a style of acting that does not 'o'erstep the modesty of nature' (II ii 445; III ii 18)? Interestingly, these aesthetic qualities Hamlet speaks of actually find their analogue in the moral qualities he admires in real human beings. I'm thinking of his praise of Horatio for being one in whom 'blood and judgement' [emotion and reason] are properly 'co-meddled' [commingled]. Neither man nor work of art, he implies, should be subject to 'Fortune's finger'. To me this sounds like the author speaking: not only when Hamlet communes with himself in soliloquy but when he talks to the friend he loves and the players he cares for, he seems to speak from a deeper depth than Shakespeare's other great tragic figures, like Othello or Macbeth. These pursue their own truth rather than truth itself.

Is what I find interesting and attractive, then, not so much the character but its creator, the greatest writer who ever lived? We have to be careful here, because theatre is theatre after all, an 'enacted fiction'. Shakespeare's tragedy would never have been his most popular play unless it appealed to people as drama, not as personal discourse dressed up in dialogue. We should never narrow Hamlet down to being merely 'reflective' (in a twofold sense). For a major part of his 'variousness' is his inconsistency: he does think, but he also acts impulsively, as when he stabs Polonius through the arras in the Closet Scene. He is harsh and critical towards women, accusing Ophelia and Gertrude of vanity, inconstancy and sexual weakness. But he rightly denounces drunkenness (that most unappealing of vices) and is touchingly sensitive to the minor manifestations of marital tenderness, as when he recalls how his father was 'so loving to my mother, / That he might not beteem the winds of heaven / Visit her face too roughly' (I ii 140-2).

The vividness of this seems to me to anticipate Dickens, suggesting a true childhood memory on which the hero has built a standard of married affection which Gertrude's gross misconduct has compromised and dishonoured. I find here too Keats's 'true voice of feeling', something I can readily connect with my own experience of family life (as doubtless others can): both the ideal that shone before us and the way we sadly failed to live up to it. In Hamlet's famous inconsistency – his ferocity as well as his sweetness – is something Shakespeare enables us to recognise in ourselves. T. S. Eliot called it (speaking of John Donne) 'a kind of smiling tolerance among his menaces of damnation': simply put, impurity of intention. Such a propensity for unconscious hypocrisy is revealed in Othello's speech before killing himself: 'Speak of me as I am' (‘and that’s an order’). But when Hamlet prevents Horatio from drinking the poisoned wine and asks him 'To tell my story' (V ii 348), he delivers a plea, not a command. It's another aspect of what makes him attractive.

I marvel, finally, how Shakespeare has made us see so convincingly, through his hero, what we are as human beings: desperately seeking love and truth 'in this harsh world', refusing to dictate one's own flattering epitaph and finding one's 'rest' only 'in silence'. Shining through Hamlet's unique variousness ('the courtier's, soldier's, scholar's eye, tongue, sword'), which makes him fascinating, is a warm simplicity that makes the fascination loveable. This appears above all in his capacity for friendship, something that Shakespeare valued enormously, as his Sonnets show, and without which I myself believe no man or woman can be fully human. Yes, the Prince of Denmark ruthlessly sends his erstwhile schoolfriends Rosencrantz and Guildenstern to their deaths. But they had betrayed his friendship in colluding with Claudius to have him executed in England: and I believe Hamlet when he tells Horatio they are not on his conscience, because 'they did make love to this employment' (V ii 58). What hurts Hamlet so deeply (and the feeling seems to be Shakespeare's own, on the witness of the Sonnets) is the callous betrayal of sincere affection. What heals him, in dying, is partly his mutual exchange of forgiveness with Laertes (a 'last rite' of penitence). But above all it is Hamlet's recognition of his one true friend's unwavering love, something that qualifies Horatio to 'report aright' on the 'bloody question', as only he can. Hamlet had earlier claimed he would hold the man that is not passion's slave 'in his heart of heart, as I do thee' (III ii 71). He now echoes that affirmation in his final request to Horatio, 'If thou didst ever hold me in thy heart…tell my story.' Hamlet the play, is in my view, Shakespeare's supreme fiction about his inner life, and one that also tells me much about my own. How can its hero not be my favourite character?

Carl Schmidt is an Emeritus Fellow of Balliol College, Oxford, where he was Senior English Tutor from 1973 to 2011.