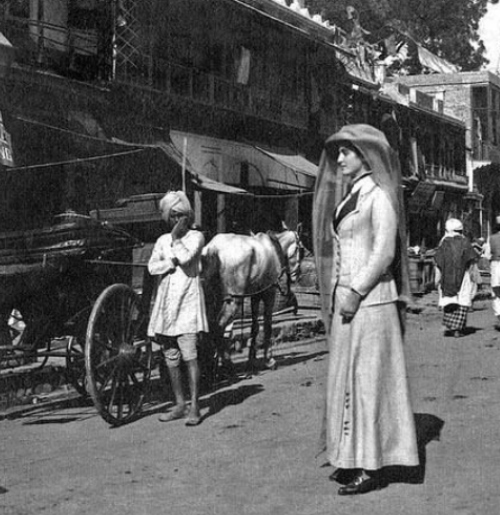 A claim to familiarity with what is known as “the India novels” of Rumer Godden is like a rare badge of honor for those who consider themselves to be serious readers. Godden, a prolific author of more than sixty works of fiction and non-fiction, is known for the exhilarating way she wields a pen to carve space between the darkness of life’s cruelties and the often blinding light of its sweetness. An Englishwoman, Godden spent her childhood and adult life vacillating between the United Kingdom and South Asia. Her hard-earned insights can be discerned in those of her works that show what happens when humans try to transplant: when we uproot ways and beliefs grown and nurtured in one part of the world and try to propagate them in another. Far from being predictable, Godden’s work is stunning. Kingfishers Catch Fire, the novel that is thought to be her most autobiographical work, is an archetype of this Godden genius. A tale of identity, Kingfishers is the story of a woman who tries to shape one without taking heed of the concrete realities of her life. Deciding that physical poverty is a necessary factor in determining a kind of truth, she moves her family onto a foreign mountainside with not much more than a head full of expectations of what it means to be a neighbor, mother, and friend.

Centered on widowed Englishwoman Sophie Barrington-Ward, Kingfishers begins with a reflection: Sophie is speaking with Toby who, as the reader will learn later, is Sophie’s new beloved. Toby has just given Sophie a gift, a lamp painted with an exquisite image of kingfisher birds. The lamp belonged to Sophie in the past and we discover that Toby has gone to some trouble to obtain it. Upon receiving it, Sophie is struck with feelings of homesickness for whom we only know at this point to be “those people.” Toby, incredulous at Sophie’s sudden display of emotion, asks how she can express such affection towards “those people” even with “what happened.” In retort, Sophie declares that not only is she homesick for people who were evidently an incredible source of pain, but is in fact glad for the misery they brought about. Here concludes the short prologue of Kingfishers Catch Fire and begins Sophie’s clumsily woven tale of truths imagined and then harshly learned.

Why Sophie finds herself and her two young children, Teresa and Moo, in their mountain home called Dilkhush is as paper-thin as the shade on Sophie’s beloved kingfisher lamp. We discover that prior to living at Dilkhush (whose name means “to make the heart glad”) they were living with their handsome but distant husband and father, Denzil, in Amorra, Bengal. There, Denzil holds a junior post for his branch office in the Army. There, Sophie is desperately unhappy. When their youngest, Moo, comes down with dysentery, Sophie seizes the opportunity to move the children from place to place under the pretext of helping Moo heal while Denzil remains in Bengal. They move to a tea garden and Sophie makes plans to become a war nurse. In another move, she undertakes lessons in Urdu hoping to become a translator for the Army. Teresa, on the other hand, yearns for Cambridge, a place that shines like a beacon of security in her earliest childhood memories. To Sophie, Cambridge and its people (her family) are an anchor—an unwelcome weight to someone who always aches to sail in uncharted waters in search of a new plan, a new idea.

She is unwilling to question any of her convictions and, like the broken panels in the ill-assembled roof of Dilkhush, each of Sophie’s esteemed ideals are embarrassingly stripped, nail by nail, by actual encounters with fellow villagers.

While in Kashmir, Sophie and her children learn of Denzil’s death and their inheritance of the many debts that Denzil leaves unpaid. Stricken ill in the Kashmiri winter, Sophie finds herself widowed, broke, and with an invitation to return to Cambridge. While the opportunity delights eleven-year-old Teresa, Sophie is petrified: instead of security, she finds imprisonment. Dismissing the stability that beckons Teresa, Sophie wonders if it is indeed so terrible to “be poor and simple” and dares to imagine life in Kashmir. Enamored by the landscape and the superficial contact she has had with its people through the Missionary Hospital, Sophie canonizes the idea that to be poor must mean the ability to see some great truth of life because “peasants are simple and honest and kindly and quiet.” The intention to honor these ideals is set. She rents a home on a mountainside with Teresa and Moo bearing witness. Yet before the ink can dry on her agreement, a series of misfortunes tests Sophie’s resolve to uphold her ideals against all costs.

Spinning outwards from the core relationship of Sophie and Teresa, Kingfishers begins a study in the effect of stubborn ignorance. Upon finding her ramshackle home, Dilkhush, Sophie works to create a sanctuary that will serve as a haven for her children and the idyllic peasant life she envisions. However, she builds it unaware and makes glaring oversights of the customs of her new neighbors. Even worse, she is unwilling to question any of her convictions and, like the broken panels in the ill-assembled roof of Dilkhush, each of Sophie’s esteemed ideals are embarrassingly stripped, nail by nail, by actual encounters with fellow villagers. They are far from simple: status wars and social climbing ensue between the warring Hindus and Muslims as they compete for Sophie’s employment and patronage. They are far from honest; Sophie is flagrantly overcharged for nails, flowers, and handyman services, and she knows it but continues to pay, justifying that insurmountable debt is a sort of requisite of being truthfully poor. The only tenet of ideal peasantry that Sophie has achieved is quiet, but far from being peaceful, the quiet is unsettling and dangerous. Teresa is disliked by the Kashmiri children, who take quick notice of the high marks she receives in school. Toddler Moo fares better than his sister but he is valued only as an exotic, pale little doll that exists solely for their amusement.

When Sophie fires her cook Nabir Dar and employs Sultan in his place, she scandalizes the entire community by crossing local customs unbeknownst to her. Quiet resentment towards the English family grows quickly. Misunderstandings and hurt feelings mount, and Sophie has reason to suspect that someone is trying to harm her. Finally, when an act of careless violence befalls Teresa, the last shred of confidence Sophie holds in her imagined Shangri-la is destroyed. She sets out tenaciously to extract information from few friends and many foes to find the truth of what happened to Teresa. The energy she previously exerted to hold onto ideals transforms into a strength that she uses instead to beg mercy from others. Eventually, the truth of what befell Teresa is revealed. Understanding, even if it does not result in forgiveness, is gained. Authentic relationships between Sophie and her neighbors are made.

The peace fought for and won by Sophie does not result in a permanent remain at Dilkhush. Instead, the novel ends with the family leaving for a destination unknown. While Sophie leaves quietly (mostly to evade Toby who expects to move with Sophie and the children to England), she does not seem to leave in bitterness or fright. Likewise, the ever-fretful Teresa has “broken the sheath of her last self” and is different. She “catches her fearfulness” and shepherds Moo along in the packing. There is a sense of purpose in their leaving, a trust in the knowledge that they cannot stay even if it is not known where they are going. Moreover, the family’s departure is not made in solitude. All of the Kashmiri neighbors come to see them off. They shower them with gifts—a goose, a bowl of apples, and even a silver samowar. The gifts are precious and personal. They mark Sophie’s family as people who are an indelible part of their community, neighbors to whom they also belong.

Sophie leaves Dilkhush in a markedly different way from how she entered it. No longer expecting to build paradise on hasty assumptions, she departs with the newfound understanding that identity and belonging have less to do with the places she inhabits and more to do with the people she endeavors to love. The last image of Toby abandoned in his sleep suggests that Sophie has work to do in learning to love well (or, at least as Teresa quips, “politely”). Yet, other images reveal a thoughtfulness in Sophie previously unemployed: her admiration of Teresa’s newfound tenacity and courageous recovery; her observance of Teresa’s reserve with Toby; her hesitation at Toby’s suggestion to send Moo to a boarding school. While the best navigation of Sophie’s life is debatable, she “weds herself” to a compass that now runs on more than a whim and points to more than a shiny new place in which to unpack her bags. She starts to inform the knowledge of who she is with how she loves, and allows why she loves to direct what she does and where she goes. This “moreness” in Sophie’s movements begins a devotion not to self but to the considerations of another, the first blossom of a character rooted in something more loving, more Divine.

There is freedom in seeing one’s self through another, and whether or not one responds to this self-knowledge is something that remains to be written in the story of Sophie Barrington-Ward. Its necessity in the work of identity, however, is suggested in the second part of Gerard Manley Hopkins’ poem with nearly the same title as the novel, “As Kingfishers Catch Fire.” It is a part that Godden leaves out in the prologue of her novel, after inciting readers with the first stanza:

Keeps grace: that keeps all his goings graces;

Lovely in limbs, and lovely in eyes not his

To the Father through the features of men’s faces.

In allowing her life’s drama to reach more towards Theo than Ego, Sophie grows closer to the freedom she yearns for, a freedom to grow closer to a truth created not by expectations but by real encounters with people: their poverty, beauty, weakness, and strength.

Jasmine Kuzner holds an MFA from the University of Maryland at College Park. She is a wife and a mother to two beautiful and quick-witted children.