This is the 10th anniversary edition of a book which has come to be seen as a classic and the manifesto of a movement known as “New Urbanism,” which deplores the failures of postwar planning and its consequences: childhoods spent in cars in the American suburbs while local communities and neighborhoods decline.

Chapter One begins with a helpful introduction entitled “What is Sprawl, and Why?” and identifies two models of urban growth: “the traditional neighborhood and suburban sprawl” (p. 3). The traditional neighborhood was the primary form of settlement and development in America through the Second World War, examples of which include St. Augustine, FL and Seattle, WA. It was a model inherited from Europe, where the characteristically American way of suburban living does not exist. The traditional neighborhood’s characteristics are “mixed-use, pedestrian-friendly communities of varied population, either standing free as villages or grouped into towns and cities” (p. 4). In contrast, the modern North American pattern of growth is said to “ignore historical precedent and humane experience” (p. 4). It is an invention and an “idealized artificial system” (p. 4). Sprawl is essentially self-destructive because it creates suburbs that cannot sustain themselves financially, consumes land, produces “insurmountable traffic problems and exacerbates social inequity and isolation” (p. 4).

The basic unit of suburban sprawl is the single-family house. Such homes provide excellent value for their price, but in the suburbs, they become isolated centers of solitude, creating a chasm between the private and public realm overcome only by the automobile. This has led to segregation of society by income, invented by developers who, “lacking a meaningful way to distinguish their mass-produced merchandise, began selling the concept of exclusivity: If you live within these gates, you can consider yourself a success” (p. 43). Such marketing based on the idea of “moving up” in the world identified by the home in which one lives actually ends by depriving a person, a family, and a culture of a place in which they can live deeply, and even more deeply belong. (One wonders whether the rise and success of, for example, the HGTV Channel and DIY Network could have been possible outside the phenomenon of such a “suburban nation.”)

Chapter Seven, “The Victims of Sprawl,” seems to approach most acutely the fact that suburban sprawl has had an effect on the person, from soccer moms to teenagers and the elderly. Ironically, families often live in the suburbs because they believe life will be safer for their children; however, the suburbs yield teenagers who spend hours in front of the television and other technology until they can procure the coveted driver’s license which enables them to drive from party to party and thus opening them to the risk of drunk driving, resulting in 44,000 teenage deaths per year. “Where else do we accept some 120 deaths a day so offhandedly?” (pp. 119-20). At the other end of life, the suburbs also have a detrimental effect on the elderly. As driving skills diminish with age, many seniors feel they are “nonviable members of society” when they can no longer drive.

The book’s authors, who work in architecture firms, schools of architecture and city-planning practices, unquestionably care deeply about the issue of sprawl. The layman of architecture tends to care, if he is aware that he does at all, simply by virtue of the fact that he has to exist in the environments architects have worked to build . Thus, while the creation of the classic American town is currently illegal in most municipalities as a result of current zoning ordinances (and this certainly should be lamented), the subject matter of the book extends beyond the fields of architecture and city planning, since the dilemmas created by urban sprawl are rooted in profound questions concerning the nature of man and therefore of the environment man requires in order to thrive.

In other words, the first question that should be asked to make the suburban sprawl debate meaningful is: “What is it to be human?” and consequently, “How should one live?” Unfortunately, although Suburban Nation carefully and clearly presents the history of sprawl, the resultant decline of neighborhoods and many other important and related issues, it fails to pose these fundamental questions explicitly, and as a result, it often feels simply like a long complaint.

From the cradle to the grave, suburban sprawl seems to participate in and promote what emerges as the ontological lie that conceives of man as one who can be happy living separately and alone. The “McMansion” which enables man to have more room to house his “stuff,” one child, and a dog without the memory of a tradition, history, and community cannot fulfill man’s need for love, truth, happiness, and communion. Human life has an origin and a telos which a cul-de-sac simply fails to articulate or satisfy. While Duany, Plater-Zyberk, and Speck correlate the rise of sprawl and the decline of the American dream, it would be even more provocative to connect the rise of sprawl to the reduction of truly human flourishing in today’s culture.

Paige S. Sanchez completed a Master of Theological Studies degree at the Pontifical John Paul II Institute for Studies on Marriage and Family in Washington, DC. She is currently the Associate Superintendent for Mission Effectiveness in the Catholic Schools Office of the Archdiocese of New York. 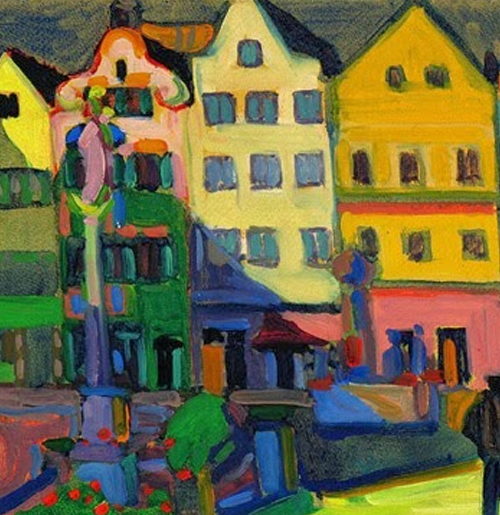