In the beginning of The Everlasting Man, G.K. Chesterton proposes that “there are two ways of getting home; and one of them is to stay there. The other is to walk round the whole world till we come back to the same place.” At the end of The Happiness Hypothesis: Finding Modern Truth in Ancient Wisdom, Jonathan Haidt concludes that “we can choose directions in life that will lead to satisfaction, happiness, and a sense of meaning [but] we can’t simply select a destination and walk there directly.” The juxtaposition of these two images of the search for happiness as a journey lays bare a fundamental question for reflective people in the 21st century: If it’s “not the destination, but the journey” that gives one a sense of purpose, does one need a destination at all? Chesterton and the Western Tradition assert that life’s journey is a quest, but, for moderns like Haidt, life is at best a walkabout in the wilderness.

Jonathan Haidt is a social psychologist specializing in the field of positive psychology, the study of behaviors and conditions that lead to human flourishing. The Happiness Hypothesis was written in 2006, while Haidt was a professor at the University of Virginia trying to compress the entire discipline of psychology into a four-month semester. Overwhelmed by the quantity of material and concerned about how much his students could actually absorb, Haidt restricted himself to “10 Great Ideas.” He then amassed a collection of quotes from the most prominent thinkers in “the world’s three great zones of classical thought”: India (Buddha), China (Confucius), and the Mediterranean (a vast category that includes the Old and New Testaments, ancient Greek and Roman philosophers, and the Koran); added core ideas from Shakespeare’s history plays, as well as his favorite post-Enlightenment philosophers (Kant and Benjamin Franklin); and recorded his findings in a reflective journal for future reference.

Initial pages that rely heavily on Plato and Boethius may lead the reader to think that Haidt is a practicing philosopher, but he contends that he is not pursuing wisdom for its own sake or for an answer to overarching questions about existence. Rather, Haidt makes use of a selection of ideas from an assortment of thinkers in order to draw out themes which he found running through his work as a researcher—an observer, recorder, and predictor of (human) animal behavior. He is, first and foremost, a social psychologist and a positivist. But a post-doctoral research trip to India, a detailed study of various cultures’ purity laws, and that time in front of a classroom provoked a series of “treasonous thoughts” in his post-Enlightenment, Darwinian, rationalist (and, as he describes it, “politically liberal”) scientist mind. If, as his experience and research showed, a widely-held understanding of something “other” (usually referred to as “the divine”) exists across cultures and time, shouldn’t the scientific community be willing to acknowledge that religiosity is worth examining as an aspect of the human experience?

The foundational principle for understanding Haidt’s approach is that there are two extremes to all things, and the goal of science, psychology, philosophy, and life is to keep the opposites in balance. The structure of The Happiness Hypothesis is a four-step examination of just what a human being is before ascertaining how—or whether—happiness is possible for him. In the first step, Haidt asserts that the human mind, physically and mentally, is divided, and there is a never-ending struggle that occurs between these parts. Here Haidt introduces the metaphor that he has carefully developed through years of academic and personal attention, a metaphor that (very helpfully) accompanies the reader throughout the book. Borrowing from both Buddha and the ancient Greek philosophers, he suggests that the human mind is like a trained elephant and its rider; the animal represents not just the body and its passions, but intuition, and the man symbolizes the rational mind and control. Although this image finds its beginnings and develops along the lines of Plato’s charioteer and Freud’s id, ego, and superego, Haidt stresses repeatedly that one cannot stop at the distinctions. Rather than treating them as a collection of parts as was done in the past, we need to encourage these seemingly opposing actors to behave as members of a committee; thus, instead of stressing the physical over the spiritual or the intuitive over the rational, we must realize that we “are the whole thing. We are the rider, and we are the elephant. Both have their strengths and special skills.”

Before deciding to pursue the elusive state of happiness (which is never clearly defined), Haidt wants to determine just what a person’s brain is able to absorb. A crucial aspect of Haidt’s philosophy established in the initial step is that our perceptions guide our thinking more than reality itself—Marcus Aurelius’ “life itself is what you deem it.” This is where Haidt’s modern psychology comes into play most strongly. Based on his clinical work, evolutionary principles and psychology’s interpretation of them, Haidt explains that modern research into the brain reveals that, biologically speaking, any given individual is able to experience only a limited amount of happiness. Unfortunately for most of us, that given amount is very limited indeed.The human mind, physically and historically, is not very malleable, but it can adapt gradually. Haidt the positive psychologist concludes that “meditation, cognitive therapy, and Prozac are three effective means” of setting the stage to “redeem yourself” from the limitations that biology and human nature impose on us.

The second step deals with relationality—how a rider-elephant team works in relation to other (rider-elephant team) individuals. The two sub-themes here are reciprocity (the “most important tool for getting along with people”) and hypocrisy (we lie to ourselves consistently, seeing ourselves in a “rose-colored mirror”). Being in a group necessarily means that one must make judgments, but reactions come in at the intuitive (elephant) level and evaluation happens at the level of the rational mind (the rider). In evaluating how people interact based on the duality-tension-perception model, Haidt urges us to proceed with extreme caution. “The human mind…seems to come equipped with cognitive processes that predispose us to hypocrisy, self-righteousness, and moralistic conflict.” Haidt is a dualist whose scientific and personal identity depends upon his ability to tolerate any opinion or outcome—except for the existence of unadulterated goodness or the “myth of pure evil.” He sees other people as both the problem and the solution to the flourishing of human happiness. If one sees life as a balance, one can be in balance with others; however, if a person (or worse, groups of people) chooses one side over another, the entire system collapses. He urges that “by knowing the mind’s structure and strategies, we can step out of the ancient game of social manipulation and enter into a game of our own choosing…You can begin to follow the perfect way, the path to happiness that leads through acceptance.”

In the third step, Haidt examines a variety of historic understandings of what the source of happiness could be, and again offers only opposites: the “hedonic treadmill” of worldly pleasures, or the ascetic isolation of the yogi and stoic. As an example of the effect of material comfort on contentedness, he points to studies in which the lives of lottery winners and serious accident victims are compared; the happiness levels of both situations are the opposite of what one might originally expect—lottery winners report being less happy than they had been before the windfall, and those who sustained serious injuries are more content because, after the initial blow, they achieved slow but consistent upward progress in their lives. Again, perception is key. “The human mind is extraordinarily sensitive to changes in conditions, but not so sensitive to absolute levels.” At the other extreme, Stoicism and Buddhism put the metaphorical rider in control by building an internal world that shuts out the temptations and changeability of the externals, including human society. Again, Haidt urges a middle path, a yin-yang. “Happiness comes from within and without”; it makes an appearance in our lives but can only be perceived by a well-organized mind and properly adjusted perception.

Step four deals with how people grow and the conditions required for growth. As discussed in the second step, divided people (rider-elephant pairs) live in collections. We bond with one another, yet are often driven apart because of broken relationships or experiences of adversity. Any given instance of human connection or circumstance of disruption can be seen as healthy or detrimental. For instance, psychological studies reveal that parent-child attachment is essential for human growth and development—if, that is, the infant grows into an adult who has a sense of self. Haidt points out that the attachment displayed in modern romantic love, which has as its hallmark being “lost in the other,” is exactly the kind of passion the philosophers cautioned us against. Similarly, while 1970’s psychiatrists focused on post-traumatic stress disorder, in the 1990’s researchers re-adjusted their lenses more positively and began to see that those who were well-adjusted before the traumatic incident experienced “post-traumatic growth.” He credits positive psychology for this development, since it emphasizes the positive aspects of character traits rather than setting a diagnostic “norm” and labeling any deviation from that norm as a pathology.

The four steps outlined above occupy 180 of the 240 pages of argumentation of the book. Only at chapter nine does Haidt begin to look at the other, at something outside of man, and to ask what happiness might be in light of it. At this point he reveals that he rejected the Judaic worldview of his youth for a secular materialist one, and as an adult came to believe that discovering the meaning of life and discovering meaning in life are not interdependent. Haidt is discovering the necessity of science and religion to form a dialogue at least, yet he still seems to believe there are “irreconcilable differences” between the two. On his journey, he has come to realize the benefits of the sides with which he wouldn’t normally identify (conservatism, religiosity) but along the way he’s embraced a Daoist dictum that has him trapped in a relativistic view of good and evil.

Haidt is coming closer to home, but until he chooses more of a direction, it will prove to be a long meander.

Colet C. Bostick is a writer and editor living in Damascus, Maryland.

Keep reading! Our next article is Mandy Reimer's review of Mountains Beyond Mountains: The Quest of Dr. Paul Farmer, a Man Who Would Cure the World. 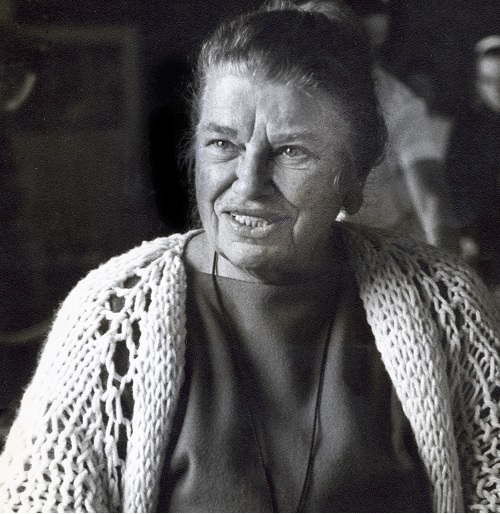