The summer of 2002 in Attleboro, Massachusetts was hot and sticky. I was a young seminarian and had been sent to spend July and August with three missionaries of the Fraternity of St. Charles. In particular, I was to corner one of them, Fr. Vincent Nagle, and collect and transcribe his stories of work as a hospital chaplain in preparation for a book, entitled, Life Promises Life.

He was always on call. Often his beeper rang at the deepest hours of the night and he stumbled out of bed and into his car to administer the sacraments moments before someone died. During the day, many hours were spent praying with the sick, meeting their families and doing battle with the wide range of forms desperation can take: quiet bottomless sadness, anger at God, laying of blame—worse still, the dramatically useless attempt to defeat death through ever more sophisticated technologies. Fr. Nagle knew that medical science has great value in treating illness, but it cannot sidestep the mysterious doorway all of us have to pass through. Each of us must die.

Fr. Nagle’s pockets were always stuffed with cheap plastic rosaries. “Made in China—they cost 9 cents if I buy them in quantity! I like these ones because they have a Crucifix at the end,” he explained to me. He gave them out to anyone and everyone, not so much for them to pray the Rosary, which many had long forgotten or never knew, but in order to be able to look at an image of Christ, however crude. Vincent often taped the Rosary to the patient’s bed in such a way that they could see the tiny figure of Christ a few inches away; see His arms outstretched in an embrace of the whole world, holding nothing back; His body lacerated with the same pain the dying women and men felt in that hospital; His resurrection the one medicine capable of doing battle with death itself. As Vincent says in the title chapter of his book, “Life promises life: it’s a promise of more, especially in a person we love. It doesn’t fit that everything visible and experiential about a person then die! It isn’t what was being led up to.” The promise life contains is a promise only Christ can keep.

When we began our interviews in an air-conditioned room of the parish, he hurled his favorite prayer, “…create in me the heart of a child…,” at the inevitable pride which a microphone arouses. When with halting speech he began to describe the extraordinary encounter on a far-off night in Saudi Arabia that he mentions in the book, he was interrupted by gentle, grateful tears. He said little, afraid to cheapen the facts with too many words and aware of the discomfort others feel in front of unverifiable and intensely personal experiences. But his voice and his tears were verification enough.

A few days later, pressed for time between the hospital, the prison, and many other engagements, Fr. Nagle decided to record the interviews in the car. On our way to visit one of the prison inmates, we drove past a cripple struggling down the sidewalk under the midday sun. Vincent secretly blessed him with a firm, quiet gesture and a mumbled prayer, seamlessly interrupting and then returning to the topic we were discussing. I was moved beyond words.

In our conversations and encounters with the suffering men and women of Attleboro, I learned to appreciate this affectionate outpouring of grace undeserved and often unasked for. In that freedom and freely given love, it was possible to intuit that indeed life promises life, and that love is indeed stronger than death. Sometimes a powerful echo of these truths, accepted and embraced, filled the sick and dying and their families and friends with a holy light, even in their sorrow.

Other times a confession did not come; some patients faded out of consciousness before the proffered arms were visibly accepted. Here is mystery. It was not Fr. Nagle’s business to judge what comes after, but only to stand on the threshold, patiently offering his hands together with Christ’s outstretched arms, holding nothing back. On that frontier battleground, he was sentinel, fellow soldier, and medic, bearing the one hope capable of healing our common mortal illness.

Fr Jonah Lynch FSCB is the Vice-Rector of the Seminary of the Priestly Fraternity of the Missionaries of St Charles Borromeo in Rome. He graduated in Physics from McGill University before entering the seminary. He studied philosophy and theology at the Lateran University, and obtained a Master’s in Education at George Washington University. 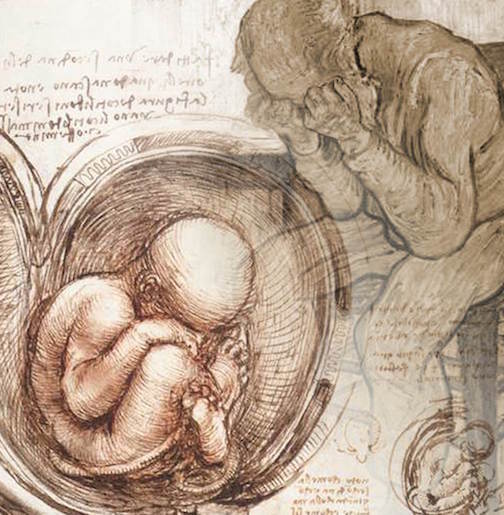